How to export, process, load and draw textured model from Blender [Basic]

Thanks @willmotil I’ll take a look at the linked post. May end up doing the same depending on level of effort. I feel like I’ve been fighting with the asset pipeline a lot on this process. I will let you know if I end up going that route!

Yep or take a look at nkasts pretty sure he was working on his for a lot longer and its probably in a real usable condition. 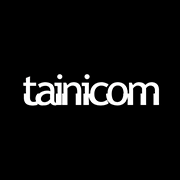 Mine is just a testing version it works but its filled with notes and extra testing and debuging stuff, i haven’t picked it back up yet cause i just haven’t had the time.
Plus there is a nasty little problem to solve when exporting blender models that i haven’t figured out a solution for how to detect yet. Basically blender can export two different kinds of animations that affect the way scaling works on the other in a negative manner im sure the blender files flag it in the ,blend files while assimp doesn’t know to detect it or blender doesn’t write the difference to a fbx. Got no response for the issue on the assimp forum.
So when i pick it back up ill try to deal with it and clean that up but you might be able to use it as a reference.

Hello. I watched your video with the 8-ball. I followed along, but when I exported my .fbx file from Blender, there was no separate texture file. It seems as though for me maybe Blender is mixing the Texture and the Mesh together into one .fbx file or something? I’m not sure… but either way, since I can’t get Blender to export the ball as two separate files (one for the mesh and one for the texture) I can’t follow your example EXACTLY and as a result I still cannot get MGCB to build my .fbx file.