After 1 week of development, Big Sister 1st demo is available to download :)

TLDR: Decided to bring a project from 2012 to life and 1 week later, just released the first testing demo.

Big Sister is a game about a girl named Nyna, who goes after the kidnappers of his brother, Luke. She has a strong personality and it’s ready to beat the hell out of those bastards! 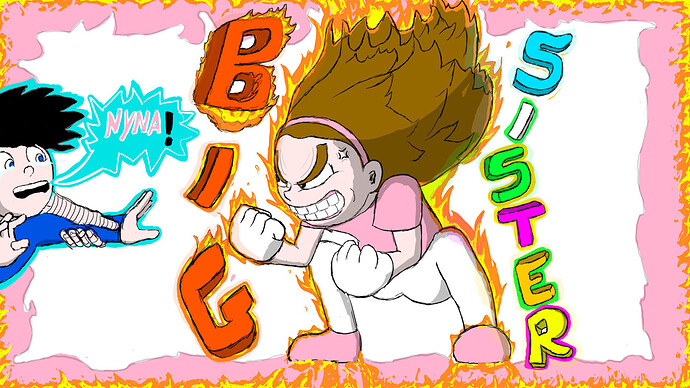 And as this is the very first demo, I’d like to share some thoughts about why I decided to do this so early:

Now for the limitations:

As game is evolving I simply just wanted to share my work with you guys since the beginning. My plan is to release a new demo (with new things) every week. So keep an eye on the website: Big Sister by Ivan Dionízio

Big Sister is available for testing play on Mac, Linux and Windows, so feel free to download and giving me some feedback!

Will do that asap. Thanks for the tip

Should call this, Week1Demo [W1D] EDIT or 1WD? OWD? OneWeekDemo?

I like the concept and art design! It reminds me of both Comix Zone and Streets of Rage. Though if I may suggest something, I think Nyna should have a thicker outline, to set her apart from the background more. She seems to blend in with it at the moment.

I definitely love thick outlines in characters and it’s been in consideration to be added in the near future, yes. As we’re in week 2 now, there are lot to be improved. 1st week focused on creating this basic interaction between Nyna and the stage. Now on week 2 I’m improving her previous animations and create a poor enemy to get her/his ass beat (planning to add/link combos). Thank you for your suggestion 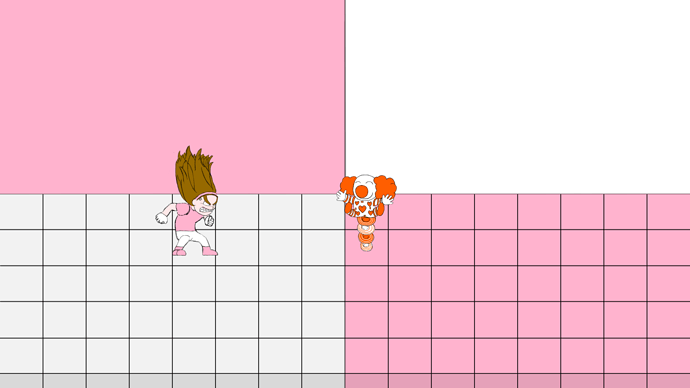 The newest demo is available for Mac, Linux and Windows on Big Sister itch.io page: Big Sister by Ivan Dionízio