Well after having a real hard time finding a SIMPLE example for casting light shafts I finally managed to port the Volumetric Lighting Tutorial by Nicolas Menzel to monogame.
His turorial is based on the GPUGems 3 article “Volumetric Light Scattering as a Post-Process” by Kenny Mitchell from EA
Surely there are lots of examples, but mostly in XNA4 or too complicated for me as a beginner.
The source by Nicolas isn’t that simple, too, as there’s lot of unused stuff - but I finally got it running!

So I put the project to gitHub and want to give a quick description, hoping that it may help others desperate like me finding a simple solution.

I’ve splitted the project into several parts - with the uncleared original port, also containing all the unused original functions and as a first step a cleared, basic version with only the necessary stuff inside. I think I will extend this basic version from time to time for a while…
The original consisted of 2 projects I merged into one.
I’m using a different model, as I had problems with the original gears and the cube textures. I found a nice sphere with breakouts at cgtrader

I also added a controls-form for easily manipulating the light shaft parameters. 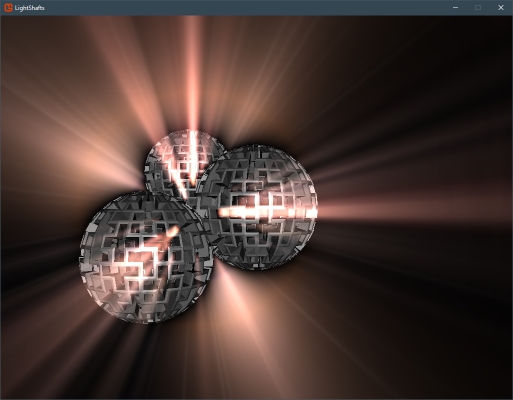 As a raw order for generating a light shaft effect one could say:

LightMapPosition - the position of the flare texture in texture position format (0…1)
LightMapOffset - in the beginning, I used this to center the effect over the flare - meanwhile I managed to calculate the center by:

The control-form “controls” contains some sliders for manipulating the lightshaft effect parameters.
The implementation is quite simple. In order to access the parameters of the main game class by the form, You need to make them public and add some getters ans setters like

The form is initialized and opened by:

The important thing here is to pass a reference to the main game class with ‘this’.
With this reference You then are able to access the parameters from the control class.

(I went here more into detail, because I’ve often seen questions about how to do this.)

Another important thing is to set the graphics feature level to “HiDef”.

Otherwise, You will get an exception like this when compiling the project:

Also, I’ve seen this very often in many forums and it’s really ugly as it is not obvious what the problem is…

The render targets are set up in the function SetupRenderTargets()
Maybe one could reduce the number of them to two or three, but I think it provides more clarity to have one RT for each step.

For the main game class there are 2 shaders:

So far, for this moment… hope to add some more details next time!

what is the different with the real volumetric lighting? 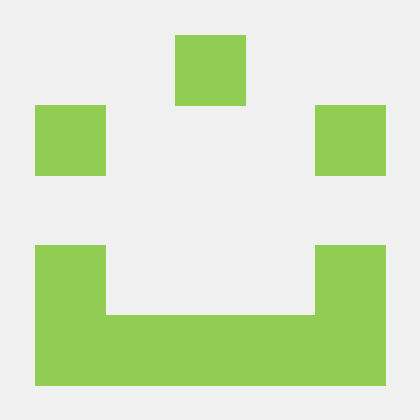 Volumetric Lights for Unity. Contribute to SlightlyMad/VolumetricLights development by creating an account on GitHub.

You’d better ask slightlyMad which technique he’s using…
The approach, that is used here, is quite good explained in the GPUGem article mentioned above.

Edit: one thing just came to my mind - this here is somehow a “flat” sampling technique. Other approaches use a volume and sample slices along the view-light vector.

With “Real Volumetric” lighting, the effect is still visible when the sun is in your back.
But it requires more work on the GPU (Raymarching, or Conetracing, etc) not viable without computeshaders if you want to have the fastest framerate.

I’ve been passively experimenting with this “real” volumetric lighting. I haven’t tried it with geometry/compute shaders yet, but it can be doable without (although it’s a bit of a pain and requires a good amount of precomputation).
Side note: Breath Of The Wild is what got me pondering over this; I noticed that the rays appear regardless of facing direction.

I thought the git link is MonoGame source, it’s Unity tho T __ T