I’m following along with the guide for setting up monogame for ubuntu and am stuck at trying to install the mgcb-editor.

Here’s the error message I get after I run mgcb-editor --register:

Could this be a path error?

You can check out my script it does setup everything and installs everything needed. Maybe you can spot what is needed on your machine. I would say it should work to just run the script now after you made manual steps to fix everything but this case is untested, so no guarantee on that. If it does though you get working content compilation for free from the start and two test projects verifying that which are started automatically by the script in the end. So your choice now 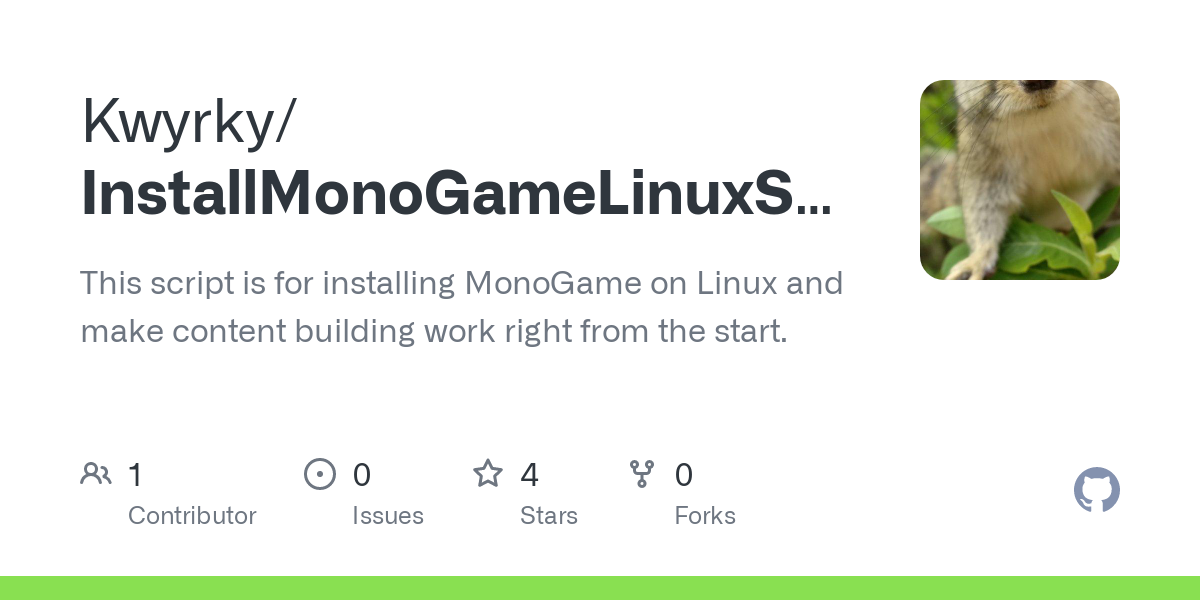 GitHub - Kwyrky/InstallMonoGameLinuxScript: This script is for installing...

Thanks for your help! I had a look at your script and decided to just install dotnet 3.1 since your script installs 3.1, 5 and 6 anyway. I’m totally new to dotnet so I wasn’t sure if installing more than one version would be an issue. After I installed that the mgbc-editor --register command worked perfectly, so hopefully my issue is solved!

Let me know if it solved the issue, hopefully it did!

I think it is no problem installing the different versions next to each other.

Also you can checkout the subscript folder containing a script for installing ttf-mscorefonts. If the installation is successfull you can verify content (shader / effect / fx content compilation through wine and font / *.spritefont) compilation with a test project available on GitHub → Url is inside the subscripts folder inside the *content-demo.sh script.

Normally if you just run the main script these subscripts are called in the right order and you endup with everything working (just in case if you wondered). Main reason to write the script was that I noticed that manual steps are necessary to make everything work after following the documentation. And using the script it is not.