For those who haven’t seen it already, you can watch CS50’s Introduction to Game Development course legally and for free on YouTube here.

If you’re new to game development or have only made a few games before, then this course is for you!

It covers a wide range of game development essentials and topics, goes into making simple clones of some popular games, and also covers a few concepts that won’t even cross your mind unless you’ve been making games for a while now (such as making your game resolution-independent and a more advanced way of managing your game’s states).

MonoGame-wise, the most applicable parts are the Love2D and Lua portions in the first half of the course. Feel free to ignore the second half that moves on to Unity and C# if you don’t plan on working in 3D, but I think they’re worth watching at least once as well.

While the concepts used throughout the course can be applied pretty much anywhere, note that there will be a lot more coding involved when applying the same ideas with MonoGame – but that’s part of the fun of using such a general tool!

Hope this helps someone out there!

It’s a fantastic course. I am primarily a C# MonoGame developer and being self taught, I learned quite a bit about how games are supposed to be structured. A tween machine! Who wudaa thought!

Here is my review of the program: 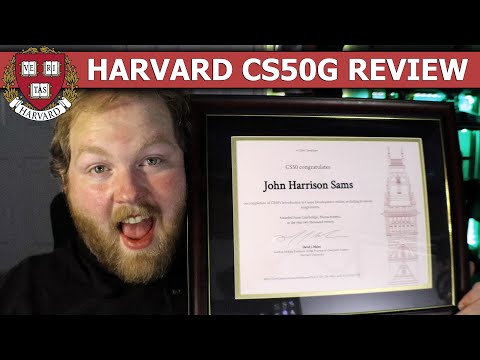