About a decade ago, I had an idea for a tower defense and started coding away in XNA (v3?) in my spare time. Now, after several years of off and on development including an upgrade to Monogame, I have finally met my personal goals for polishing to release it on Steam! It’s going to be in Early Access for a bit, but I’m increasingly happy with how well it runs even on lower-end hardware.

What is it? Tower Defense at scale. Throw down turrets from high-orbit as you try to stem the tide of hundreds of simultaneous attackers by land and air. The enemy is always trying to find weaknesses in your defense, and will change up their assault to exploit the weak spots of your defenses. Challenge yourself with a skirmish on a randomly generated map procedurally built with roads, clearings, and natural barriers. Thanks in part to the control MonoGame has given me, the engine has been tuned to give you a smooth framerate even when the attack becomes more and more frantic! 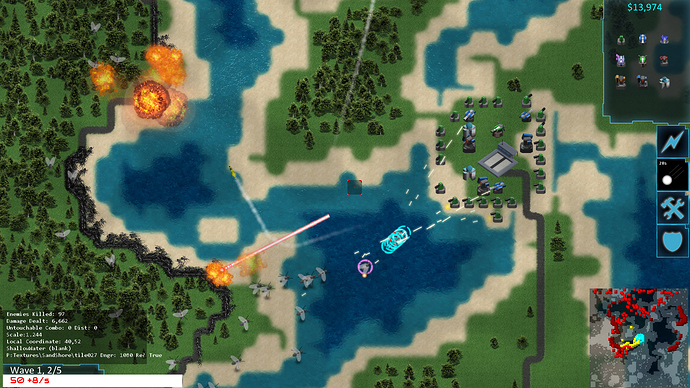 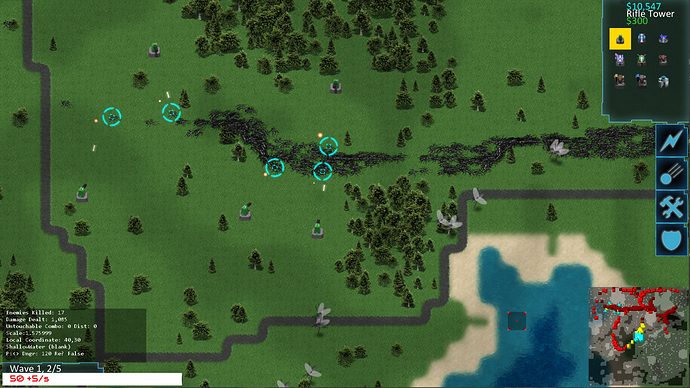 It looks great, i love the art style and randomly generated 2d maps. Will have to give it a go