I posted about Fizz Filler here a couple of years ago, but since Microsoft/Xamarin took the free approach I decided to get have another shot at the game!

The game is quite simple. It’s what I like to call, a unique take on a clicker-style game. You tap drinks to fill them and once they reach the end of a conveyor belt, you earn coins, which you can then use to buy upgrades.

There’s also a hard mode where you start with just one of the three conveyor lines and each of them are upgraded separately. 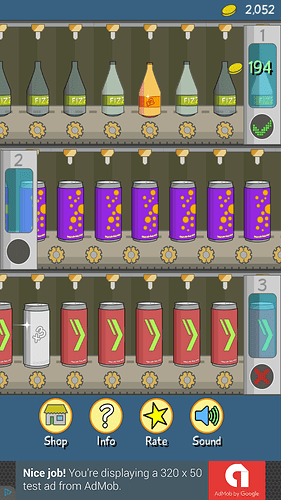 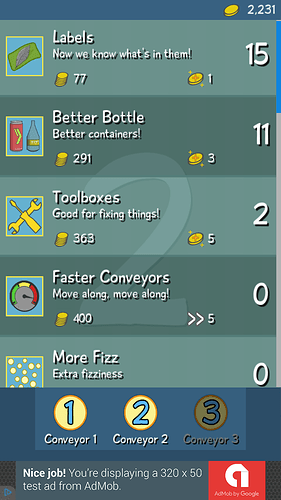 I’ve pretty much remade the game from the ground up. New artwork, new particle effects, better performance, scaling and a bunch of other things, but the biggest feature is that I was Android support. I also incorporated some of the feedback I received in WP8 reviews, with a more things to come later down the line. Some of you may have seen bits of progress via the retweets on the MonoGame twitter feed, with a Windows 10 version in the works too. 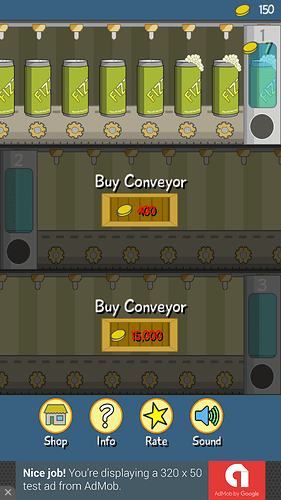 I still have a lot I’d like to do to the game, such as more upgrades, a world map and the ability to own more factories. But right now I’m adding more polish to the game. UI improvements, more visual and audio cues for stuff. A coin bonus after resetting the game (requested many times in WP reviews).

I’d greatly appreciate if you could try the game out and let me know what you think either here or via a store review or email.

I thought I’d just make a quick post a quick update here to let you all know what’s going on.

I’ve recently released an update for Fizz Filler which adds a map system. It includes the ability to own and upgrade multiple factories. Here’s a screenshot: 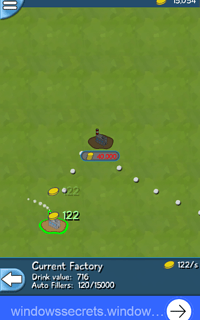 It’s still a bit rough, with many improvements to come in future updates, but so far the initial comments/ratings have been good, over on reddit and the WP/Play stores.

I’d be interested to hear what you guys think of the update!

Links to the WP8 and Play stores are in the OP.