After creating a free trial version of my double pack of “Asteroids Origin” and “Geometry Warp” (both created with MonoGame for UWP Windows and Xbox) I was testing it out and found myself listening to Youtube music with my in-game music turned off.

Given the spectacular, super glowing particles and visuals of Geometry Warp it seemed well suited to be given a Music Video treatment and I uploaded a series of videos to youtube that used gameplay footage set to, possibly strangely, a James Bond musical theme: 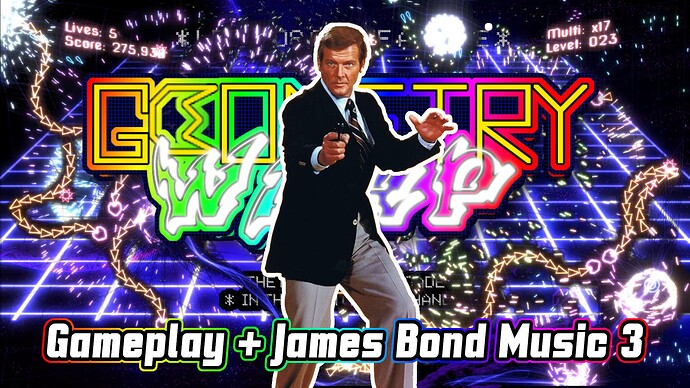 I’d love to get people’s feedback on these since the videos on my channel get hardly any views meaning there is no feedback normally. Is it an entertaining way to present arcade style games like this?

From a copyright point of view, my channel is not monetized so youtube will put ads for their own benefit on my videos anyway, so I figured I might as well use copyrighted music and the music people can collect any money instead (not that it would amount to much, it’s the principal of being sold whether I like it or not).

The games themselves can be easily found on the windows store searching for “Asteroids” or “Geometry Warp”.