How to use Spritsheets? [2D Character Rigging]

I downloaded this content but all the sprites come separated. How can I join them all?

My entry for the Liberated Pixel cup. See the README for more information and animated gif examples. Contains various sprites listed in the tags, most of it modular and interchangable. The archive expansion_pack contains some more sprites made after...

Not sure what you mean with join here. No expert in this topic but a simple way to draw the different sprites is to use the SpriteBatch class of MonoGame. You can define the source Rectangle which defines the area of the texture / image / sprite sheet you want to draw to the destination Rectangle which defines the area you want the source Rectangle to be drawn to. both of these Rectangles are parameters which you can pass to the SpriteBatch.Draw method together with the texture.

For example, first I want to “slice” the various parts of the stylesheet. For example, on the hoods I want to have each hood indivually instead of them altogether.Then I want to join a hood to a body for example 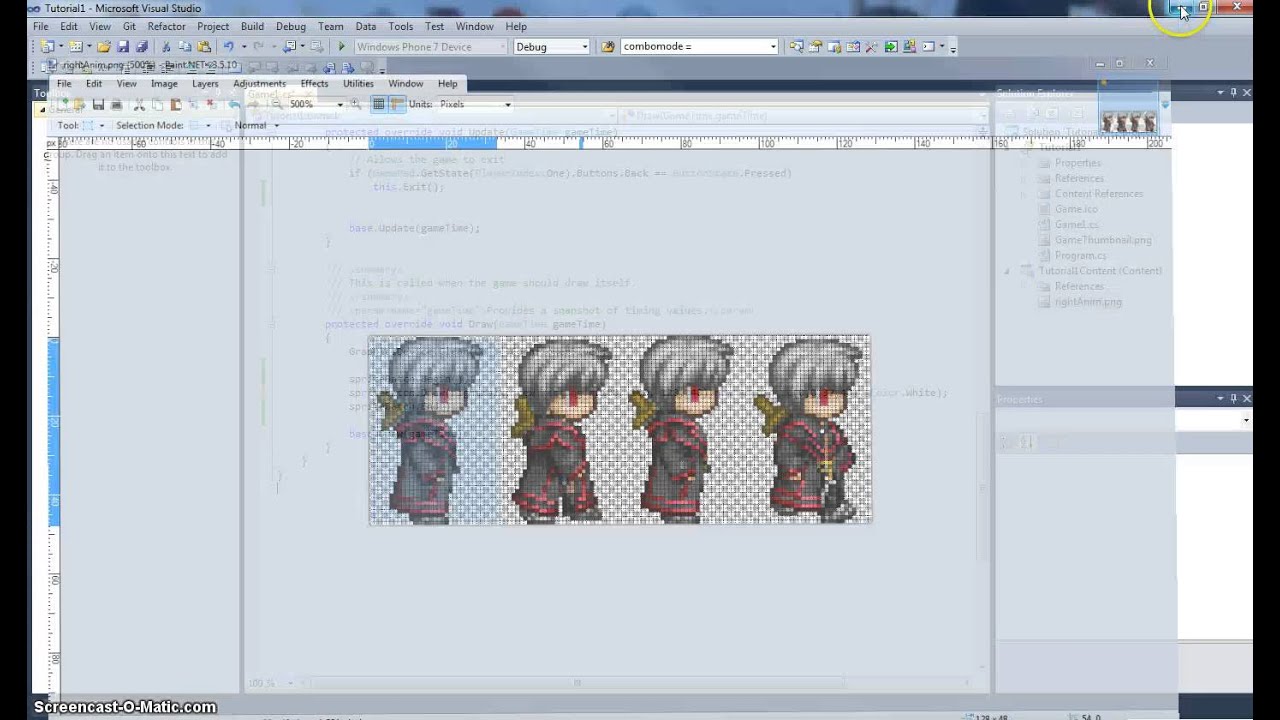 I have amended the topic title to specify the topic at hand.

you have spritesheet animations, such as the one you posted. but you also get rigged skeletal animations, such as spine, which sounds more like what your referring to with being able to swap clothes etc. but youd do all that in a separate program and load it in.

two ive used in the past:-
spine, which is great, but paid - http://esotericsoftware.com/
dragonbones is free, but not as popular so is often less resources available (tutorials, plugins etc) -http://dragonbones.com/

I don´t want animations. I want just the character for now

I am not intending to do animations yet. I just want to spawn a character

I am developing a top down shooter. And I intend it to have multiple characters. I have this class for a mage where I use a sample XNB file but I want to replace it by a sprite 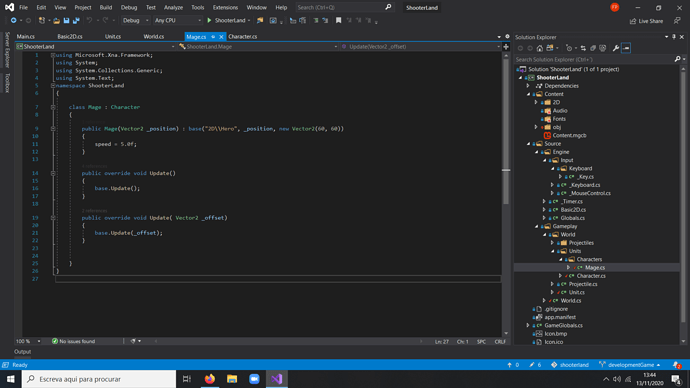 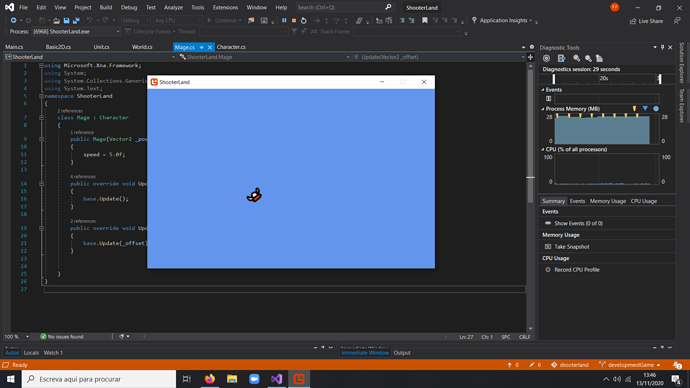 Sorry I misunderstood, looking at the pack you have downloaded its individual pngs as you said.

You need to convert your pngs with the content pipeline, then load them and display them instead. Or you can load the pngs directly and skip the pipeline.

How do I do that? That seems confusing. Also I found this picture that might work but I need to convert it to XNB .I tried to do it using content.mgcb but it doesn´t open the editor 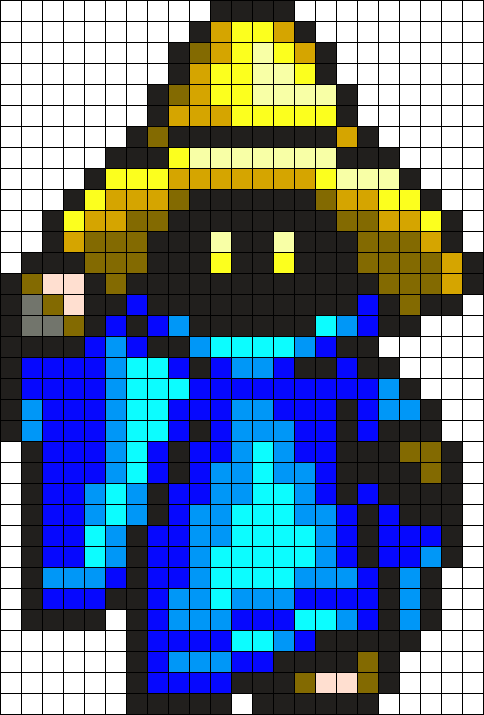 truthly coming at it new it is a little fiddly and strange at first.

but sounds like your half way there, so once you have built the png using the MGCB, which converts it to XNB, you now need to load it. if you look in game1 theres probably code you can reference. 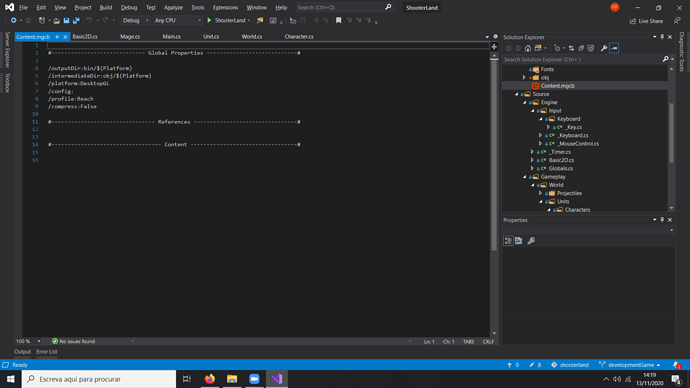 I can already load the character and fireballs, but since that were files used in the tutorial I want to replace them

ah okay, you need to right click Content.mgcb. and choose open with. you should see an option to open with the content pipeline GUI.

That option is not appearing 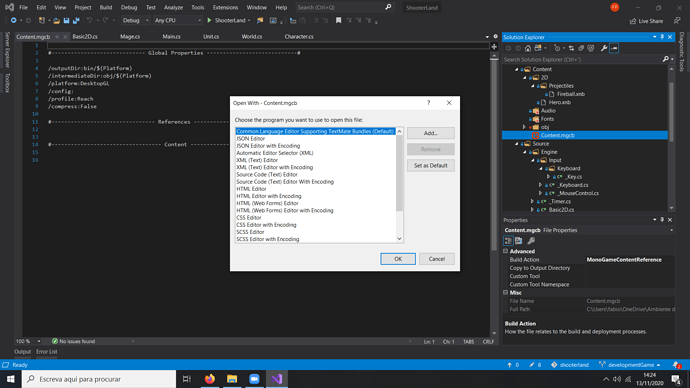 Can it be because I choose openGL as template? 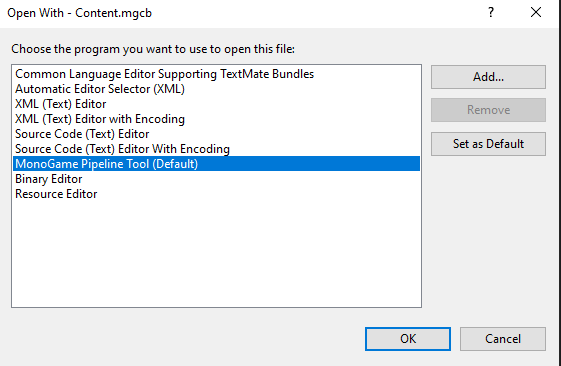 you sure its not further down? you have a lot of options compared to me

I really don´t have 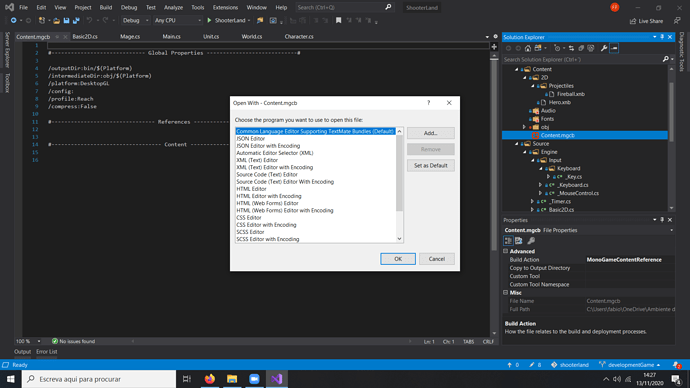 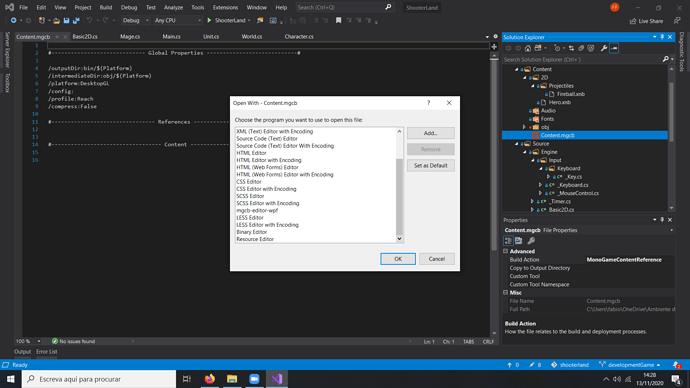 I might not be the best person to help if your using 3.8, i havent migrated yet. But you need to make sure you have it installed - https://docs.monogame.net/articles/tools/mgcb_editor.html

I did have a problem installing it . It was stuck and when i clicked CTRL+C it said “installed successfully”

In the past its always come with the installer, but im not sure with 3.8. Maybe reinstall monogame if it failed previously. 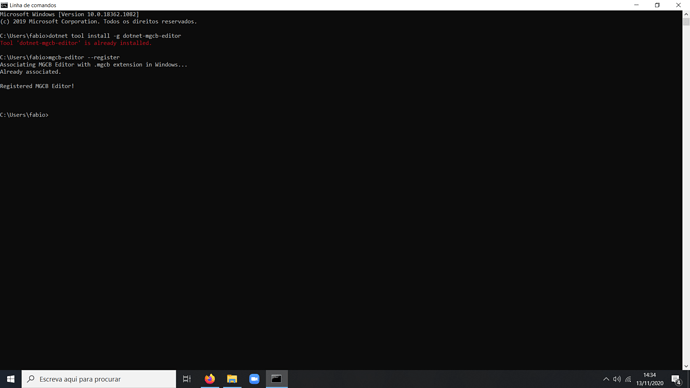