I’m pleased to let you know our upcoming game , Clan N, being developed with Monogame and is slated to be released on PS4, Xbox One, Nintendo Switch, Steam and Windows 10!

Clan N is a beatemup game which combines the classic arcades gameplay with today’s modern brawlers. With an ancient far east theme, you’ll get challenged across 7 different levels with many different enemies, mid/end level bosses and casual mini games integrated into main gameplay.

Any specific hurdles to Switch or PS4 development with Monogame that you’re able to talk aobut?

That looks awesome! I haven’t seen anything about this game before. Do you guys have a Twitter account or something?

Thanks a lot for all your nice words!

@Benjamin_W The game is still being developed so porting to consoles still didn’t start but will be soon. Though, I’m sure I won’t be able to answer your question due to signed NDAs with the platform owners.

@Jjagg Thanks a lot for you nice words, means a lot! It has been announced pretty recently, although it has a history way back to 2014. Our twitter account is https://twitter.com/Creamative_

Well done, congrats and rock on! err I mean www.monogame.rocks on!

Reminds me of Silver, from a long time ago [showing my age], nice!

If at all possible, could you write a post regarding your experiences and ‘watch out for’ notes for each platform? would do the community a great help! and should get pinned globally pretty fast.

! I’ll start a kind of a devlog shortly which I look forward to share my thoughts on general video game development as well as the experience of developing Clan N. Regarding “each platfom experience”, might tell something about that when the time comes but since each Monogame platform sdk is only open to registered platform developers, I might need to consult with Monogame moderators regarding this.

Just started a devlog for our game Clan N! This first writing gets you all the way back where everything started. Titled “Prologue of becoming a game developer — 8 bit days” : https://medium.com/@contact_42439/prologue-of-becoming-a-game-developer-8-bit-days-5a002a0a4bba

Long time been silent in here but just wanted to let you know that we have released a public demo in Alpha state. If you would like to try it out, just head to one of the sources below :

Any feedback is welcomed as well!

I played your demo and reached the end of the demo on my second game. I like it

During the first game, the character just disappeared.I was around the bottom right stone formation. I think I was rolling, but I’m not sure of it. I haven’t been able to reproduce it. (I attach the image where the character has disappeared) Untitled-13.png1280×1024 63.3 KB
.
The enemies froze (as if they didn’t know where to walk to) and the GO> sign started blinking, despite I think it shouldn’t have as there were enemies around and didn’t blink before disappearing.

Some feedback, most of it is probably in your TODO list and very personal appreciations / requests (feel free to ignore):

Thank you very much for taking time to play and write this lengthy feedback, it’s very much appreciated!

The “disappear” bug you’ve seen has been only reported once a few months ago by a partner and for them the only solution was to create an OpenGL build rather than DirectX. We couldn’t reproduce it in our end in any case so it’s something mistery for us as well. We’ll keep an eye on that but the good point is that it didn’t affect your play in your subsequent try(es).

This is an Alpha build with a few missing items and known bugs. Some missing features are Keyboard support and ability to redefine GamePad buttons which will be included in the final game. Defining the GamePad type is also in the todo list and than we’ll update the gamepad icons in the game according to that. Escape key behavior is something I had done for myself to quickly quit the game and forgot there, so that’ll change in the final game as well.

One interesting request of yours is to be able to tumble even while you are blocking. At the moment, as you’ve probably noticed, you only affect your blocking direction which is a purely visual effect and nothing to do with the ability of blocking (even somebody attacking from your back will be auto blocked if you are pressing the block button at that time).Overhauling/reviewing the combo system for a more easy approach is in the todo list and at that point I’ll also review this to see how it affects the balance of the gameplay. If it feels right, I’ll add it and it will be your contribution to the game

Finally, I’m glad to hear that you liked it and once more thank you very much for taking time and writing back your feedback!

It has been quite some time but I’m glad to let you know that our little game gets released on August 6th to PS4, Xbox One,Nintendo Switch, Steam and Windows 10! Special thanks to the authors of MonoGame as it was a joy to develop using it on all platforms. 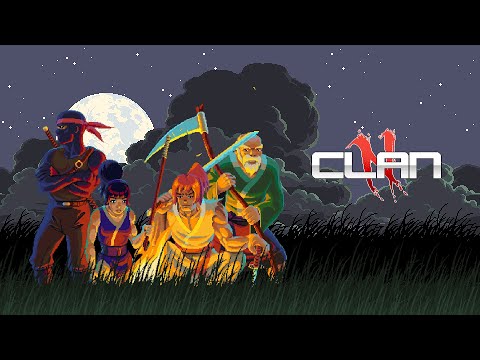