a few years ago a project that was created with the standard-template of monogame for MacOS used Xamarin.Mac modern which also included support of appkit or other stuff: 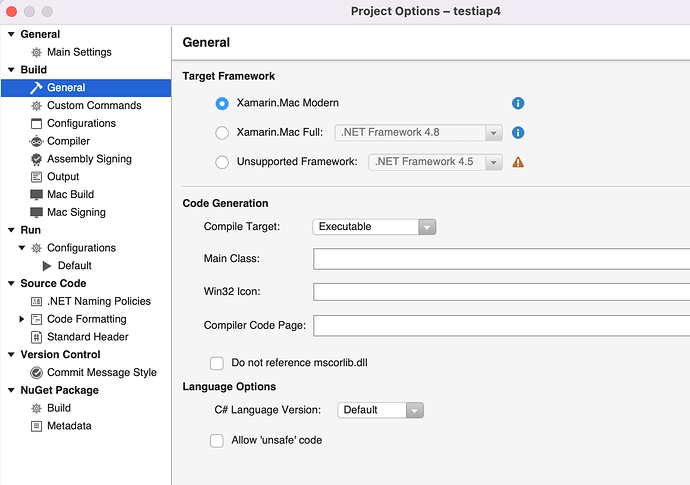 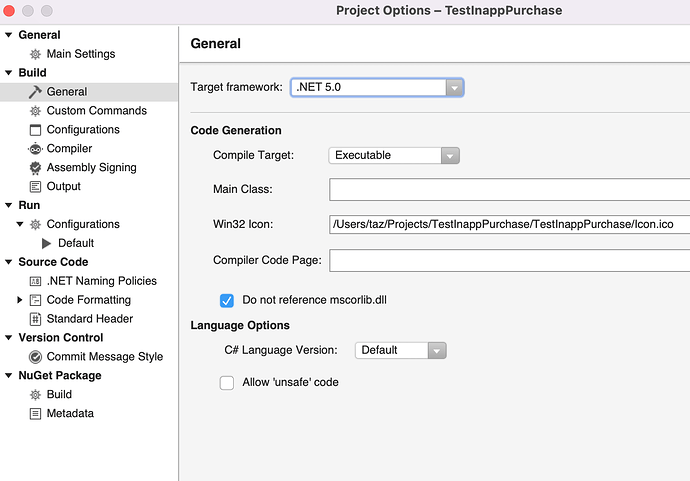 Bildschirmfoto 2022-03-14 um 17.52.271460×1019 103 KB
As I would like to use NuGet-Packages like “InappBilling.plugin” to include InAppBilling I would need support for the Xamarin.Mac as it doesn´t work with .net 3.1 or .Net 5.
I´ve tried to edit the csproj.-file to add Xamarin.Mac but wasn´t successful. I´ve also tried to run an older project of mine where monogame was still using Xamarin.Mac but wasn´t able to run it as I´ve copied it from an old Backup and some of the directories on the machine don´t seem to exist anymore. I was able to alter a spritekit-project to run Monogame but encountered other problems (like two windows that open up) and hoped that there is an easier solution for this.
Did anybody else come across that issue and found a solution for this?

I´ve tried to just use the standard .Net5 now for the game now but when I´m trying to archive the game for publishing there isn´t any archiving and signing functionality in the project as well (which includes all the additial files like Info.plist and entitlements.plist). I´ve tried to create a executable with
"dotnet publish -c Release -r osx-x64 /p:PublishReadyToRun=false /p:TieredCompilation=false --self-contained"
which creates an executable and lauching it seems to run but using “System.IO.File” doesn´t seem to work like when it´s run from within Visual Studio (might be a rightsproblem or something like that).
When I create a spritekit game for MacOS in Visual Studio it still shows all the MacOS-related stuff like the monogame-templates did a while ago (with the context-menu “Archive for publishing” for example) and it uses “Xamarin.Mac Modern”.
Is there any reason why there isn´t any Mac-Only-Template anymore? I don´t need a Cross-Platform Desktop Application and would just love to get a mac-only-project back.