I had the same problem: build and rebuild didn’t seem to do anything. So I downloaded the sourcecode and tried debugging the cause. Turns out the very first lines of DoBuild cause the problem:

MonoGame.Pipeline.BuildException.png1209×331 41.7 KB
The ArgumentException is not caught and hence nothing happens. Replacing the try-block with “encoding = Encoding.UTF8;” fixed the problem for me.

Since I’m pretty new to monogame I don’t really know what to do with this information except post it here - hope somebody can use it to fix it appropriately.

[SOLVED] MonoGame Pipeline Tool not doing anything when clicking Build, Rebuild or Clean in the GUI menu
willmotil April 21, 2018, 3:28pm #22

I dunno but this doesn’t sound right.

Gets the original equipment manufacturer (OEM) code page used by the writing system represented by the current TextInfo.

The bit of info on that particular call is fairly obscure the (OEM) looks ominous.
Though that might just mean windows code page encoding it makes me think ascii.

…
If you want a breif history on character sets encoding decoding. 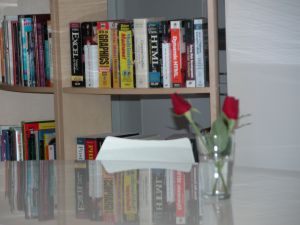 The Absolute Minimum Every Software Developer Absolutely, Positively Must...

Ever wonder about that mysterious Content-Type tag? You know, the one you’re supposed to put in HTML and you never quite know what it should be? Did you ever get an email from your friends in…

Here is the ms

How to use character encoding classes in .NET

Learn how to use character encoding classes in .NET.

Selecting an Encoding Class
If you have the opportunity to choose the
encoding to be used by your application, you should use a Unicode
encoding, preferably either UTF8Encoding or UnicodeEncoding. (.NET also supports a third Unicode encoding, UTF32Encoding.)
If you are planning to use an ASCII encoding (ASCIIEncoding), choose UTF8Encoding instead.

Just had this issue. Thanks to @Deeem2031 I was able to solve it by changing my Windows display language to en-GB. (It had been set to some odd variant of en-XX that doesn’t seem supported by most things.)