Just a constructive thought,
To support this project and better spread the knowledge and expand its community, It would be nice if the Developers of the MonoGame Framework could create some online courses in the available online marketplaces such as Udemy, Coursera, edX or other online marketplaces for learning.
Online Course can be created at different levels as well as different topics, such as:

It’s a nice idea, which would attract a lot of newcomers, but the developers are, I’m certain, already doing their best to fix the near 800 issues.
Plus, it requires a lot of read and read again before doing a video or writing a course. Not talking about maintaining it and updating it when fixes are made.
It would adds a lot to their work.

Maybe volunteers could group and start something?

I’m not really sure if online courses generally attract newcomers. If someone new to game dev (or searching for a new tool) is looking for a paid course, they’ll probably go with something they’ve already heard of (likely Unity, Unreal, or GameMaker). Not saying there’s not a market for Monogame training materials, but it’s a niche tool and therefore difficult to financially justify taking the time and money to produce paid courses.

For evidence, take a look at the existing MG courses on Udemy. The most popular course from a proven instructor only has 157 students enrolled. Compare that with a moderately successful course using Unity (such as this one) that has 5,000+ students. That’s an enormous difference.

I think if the goal is to attract (and keep the interest of) newcomers to Monogame, the first place to start would be a massive, community-wide effort to get some decent documentation on the official website. Onboarding new developers would be significantly easier if they didn’t have to purchase out-of-press XNA books, purchase a course, or search the bowels of StackOverflow to learn even the basics of the framework.

Unity is a lot more widespread than Monogame, so it is “normal” they gather more students.
Moreover, they do not target the audience:
Unity is an engine,
Unreal Engine is…
Monogame is a framework.

Okay, it may not attract newcomers. But more published games, made with monogame could => more visibility => more people.

I have started with XNA 2, and I’ve never needed to buy any book, all the information needed can be found on Internet, there are lots of tutorials everywhere, and Xna Community samples.
+when it comes to hlsl for ex, a lot of tutorials too.
I’ve always been here to ask, and never used StackOverflow to learn monogame. Why learn a framework elsewhere than on its community’s website ?

As every one, I have little time to spare, already working on my game.

First, I want to make it clear that my above criticism for the learning material stems from my personal experiences trying to learn MonoGame. A couple of years ago, I had grown frustrated with the black-box nature of GameMaker and wanted to move to something open-source. I’d heard great things about MonoGame, but I found the website unhelpful and confusing. Most of the provided documentation was just linking to tutorials that used outdated versions of MG and didn’t really teach anything beyond the basics. I tried looking into the XNA examples @IceIYIaN mentioned, but as a complete XNA noob it wasn’t clear to me how to port them to MG. So I just gave up for a while until I found a good book on XNA that walked me through the basics step-by-step and taught me how to make a moderately complex game with XNA itself (not using MonoGame). That was really the key turning point for me. From there I could contextualize what I had learned into MG.

This is just my personal experience and opinion. If you were able to learn everything you needed from MSDN and community forum posts, great! That just wasn’t the case for me, and I imagine that there are other potential MG users who feel the same way. New users aren’t necessarily going to have the instinct to look up XNA resources, or even if they do, they don’t necessarily know how to use them. Hence my suggestion to improve the documentation on the website itself. Even just updating the list of tutorials on the official docs page (www.monogame.net/documentation/?page=Tutorials) to more recent tutorials would do a lot of good, I think.

The two MonoGame-Samples repos you mentioned haven’t been updated in years, by the way. While I think we both know that the material is still probably applicable to modern MonoGame, this may not be obvious to newcomers, especially if they’re used to frameworks/engines that have many breaking API changes between versions (like I was).

Finally, in regards to the Udemy course situation, I am aware that there are literally hundreds (555 at last count) of Unity courses on the website. Most of them have less than a hundred students, and several have single digits. But there are also many courses with thousands of students. In contrast, MonoGame has 3 courses on Udemy, and they all have < 200 students. What I take from that is those low student numbers is that: If lots of newcomers wanted to learn about MonoGame through a paid online course, they would buy one of the few existing courses. But they haven’t, at least not in large numbers. So I’m not sure if a paid online course in the Udemy format is the best way to reach out to new folks and further educate existing users. There doesn’t seem to be enough interest in the existing courses to justify making new ones. (Now, YouTube is a whole different story. Many MG tutorials have tens of thousands of views. Maybe it’s just that people who want to use free open-source software don’t like spending money?

I agree, though, that there are definitely situations where an advanced, paid course makes sense. (Deep dives into niche features, etc.) Or maybe more comprehensive, beginning-to-end courses for learning beyond just the basics. Again, though, the biggest challenge is making sure that there is a sufficiently large interested audience who are willing to pay to learn the material.

I recently uploaded a Beginners MonoGame Course on Udemy in January and have approximately 100 students as of the middle of March 2018. Definitely a course for beginners. I start with simple game creation using strictly C# and then move to some basic 2D game creation using MonoGame. I am definitely not an expert, just a retired High School Computer Science Teacher that taught the old XNA version to my Grade 11 and 12 students. I spent several months last year porting some of my old material over to MonoGame.

You can have a look here. 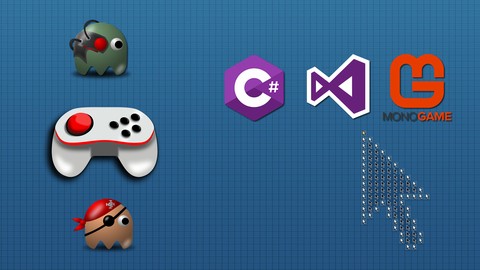 A Gentle Intro To Game Development Using C# and MonoGame

We really need, as a community, to strengthen our resources. In my case, I’m deeply willing to learn but, as TheSpydog commented, the path is just too lonely and painful. As an example, the two request I’ve given, they have not even a close try to give any sort of hint. I’m not trying to “blame” the community of being selfish or anything, it’s just that if we encourage this spirit for strengthen our documented resources (being text and/or video), we can explode this amazing technology for the good of all.

I hope this won’t just be passed by or, somehow, we keep isolated, programming by ourselves in silence…