Need A Basic MonoGame Way To Load Effect file Vs2013

is there a exact set of instructions step by step for vs2013 on windows
to create and load the Most Basic Effect file
to test if monogame is set up correctly
or is there not. ?

this tutorial is all over the place,
doesn’t match what i see when i add a content project
nor the settings available

quote from the heading at the top of the link
It is installed as part of the MonoGame SDK Installer
sounds built in ? if not where ? how to access it ?

Build your FX file externally with 2mgfx utility, not during compile process in Visual Studio.
Everything works properly.

this tutorial is all over the place, doesn’t match what i see when i add a content project nor the settings available

I suspect you have installed the original MonoGame 3.2 release which is normally fine. The problem is the docs are for the next release of MonoGame which includes the new Pipeline tool.

If you want to try the newer stuff download the latest “Development Build” from here:

That will match the docs you’re reading.

the very first thing most people do is make sure
they have a proper working install
you do that with a very simple test run , image fx sound

just create a .fx?
when i right click on content in vs it gives me that option ?
or
do i use the pipleline tool to… make a / write a new .fx file ?
what is the mgfx tool ?
do i need it ?
were is it located ?
should i be using that instead ?
following that after you installed the nightly dev build as recomended
why does it say the libmojoshaded dll cant be found ?
when i try to rebuild with a .fx file created in my content folder
is it not installed ?
if it is why cant it find it ?

is the content pipeline not installed correctly cause it cant find the libmojo shader dll ?
so in short
do we have a bunch of instructions after installing
for installs that dont work , the way the tutorials are acting like they do ?

Development Builds
When new fixes, features, or changes are merged into our development branch
https://github.com/mono/MonoGame/tree/develop
the build server generates new installers.  It is extremely helpful to
have the community install and use these builds when ever possible.  We
find these releases to be generally stable, but if you do run into a
bug please report it to us.
MonoGame for VisualStudio
http://teamcity.monogame.net/viewLog.html?buildTypeId=MonoGame_DevelopWin&buildId=lastSuccessful&tab=artifacts&buildBranch=<default>&guest=1#!ossgocr

conversely the MonoGame for VisualStudio dl’s the source with the installer but
it is unclear what the differences are in the build is that 3.2 or the nightly

from here we would move to the documentation page

this is thrown when you simply try to add a new fx file to see if monogame can load it thru its pipeline,
which might make you think that you need to make a xnb build by xna ?
but from reading the top line of the documentation it suggests
monogame can load a .fx not a effect.xnb if set up correctly
so this can be confusing yet again which then leads you to
wonder if the install is correct ?
or
if you did something wrong along the way
if you are missing something that is not documented
which others already using it have found the answer to
on some obscure page

under using The Pipeline Tool

The Pipeline Tool
is used to organize and define content for use with MonoGame. It is
installed as part of the MonoGame SDK Installer or can be build directly from source if needed

but were it is it ?
what does it ask for and what does it give ?
after installing the nightly
the folder shows in programsx86 for monogame no pipline.exe tool
or within any of the various platform folders ? 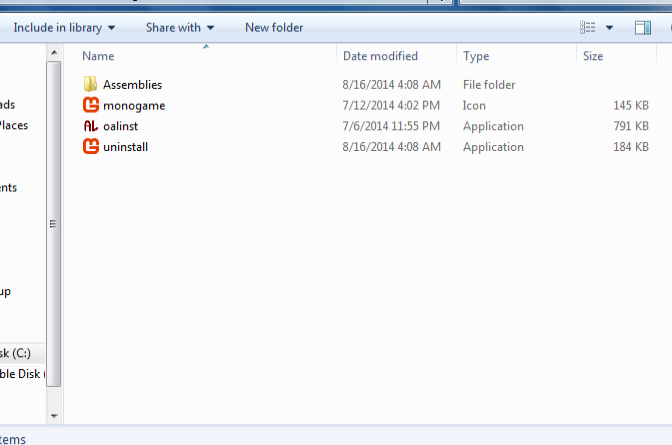 here’s my previous attempt
Problem Running a .Fx on win7 vs2013 xna refresh monogame nightly windows
this was a while back and ended in failure as well
later i got it to build the mgfx file
but it still loaded corrupt or errored no matter what i did

It took me a while to figure out the current status of the pipeline but once you understand that, it’s quite simple.

Create a .fx file as you normally would, keeping in mind that you will be building for DirectX 11.

Pull the source code from github and run Protobuild.exe. This is a similar tool to cmake in that it will generate the project files for your platform.

Load up the Pipeline.Windows project and run it with it’s needed dependencies. This is a front end tool for MGCB which is the content processor tool that is actively being worked on/supported. AFAIK, there is no download for this tool available and it must be built.

Running the tool, you can manually add your content or import an existing contentproj file. If you have custom processors, you will need to make sure that your contentproj has references to the dlls (not projects) so that the pipeline tool can reference them properly.

Selecting the top level project in the Pipeline tool, you have the options to save some settings, notably the target platform which will make sure content is built correctly for whatever you are trying to run on, and the output directory.

At that point, hit build and the tool will process all your content.