I realize that @harry-cpp is working on an official deployment tool, but in the meantime I’m trying to deploy on the three platforms. I got really tired of all the work that goes into it, so I decided to try my hand at automating it.

Now you don’t actually need an OSX or Linux box to deploy from Windows to those platforms. With the Mac.app, the end user gets a .tgz that they extract and then they can copy the icon into their Application folder.

Linux users get a .tgz that they can just extract and run, the permissions automatically get set to executable.

For Windows, I integrated this with Inno Setup so that you can distribute an executable installer file for making an icon in the start menu and desktop. I also have it spit out a portable .zip of the Release folder so that people who don’t have admin privileges on their box can still run it.

When you want to deploy a new build, all you have to do is increment the version number in your .NET assembly, then load up your saved deploy tool file and hit deploy and now you’re good to go. You could easily do nightly builds with this tool. 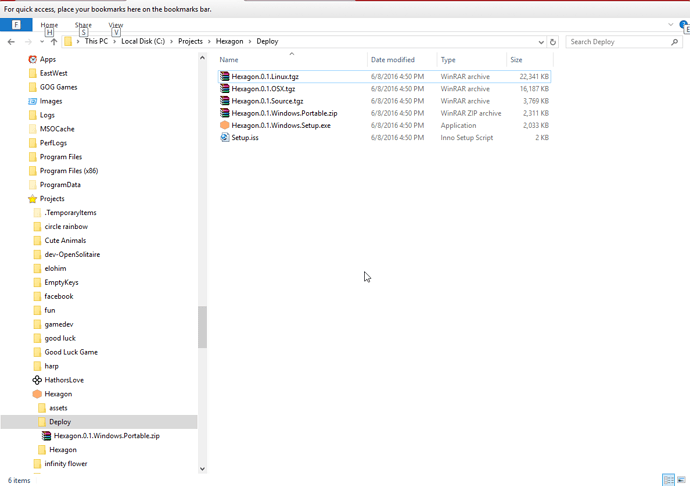 I went ahead and added a tutorial here:

For me , the library
is missing from appdata.

An unhandled exception of type ‘System.IO.FileNotFoundException’ occurred in mscorlib.dll

But now the console for the program is just stuck at:

And it won’t do anything.

And if it’s finished, well then Katteyoo.3.4.0.456.Windows.Portable.zip is empty.

Yeah, like I said, I still need to write up instructions. Maybe I can work on that now.

I’d love it. It’s great that you’re working on this

you have my respect.

Aww thanks, I went ahead and wrote up instructions for how to use the program:

Wow it worked! Thank you so much! You’re praised

glad it worked for you!