Hello everyone, I’m developing my first game for one of my development classes but I can’t get my character to move. I’m just trying to get him to fall with gravity and then implement a jump… if anyone is interested in helping me I’ll link some pictures of my “game”.
for a referance my player is declared like this : _player = new Player(PlayerTexture, new Vector2(GameSettings.PlayerPositionX, GameSettings.PlayerPositionY), new Vector2(200, 200),Vector2.Zero); 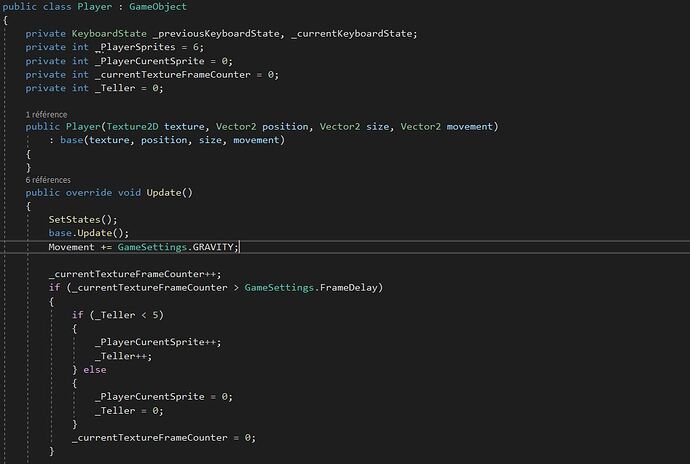 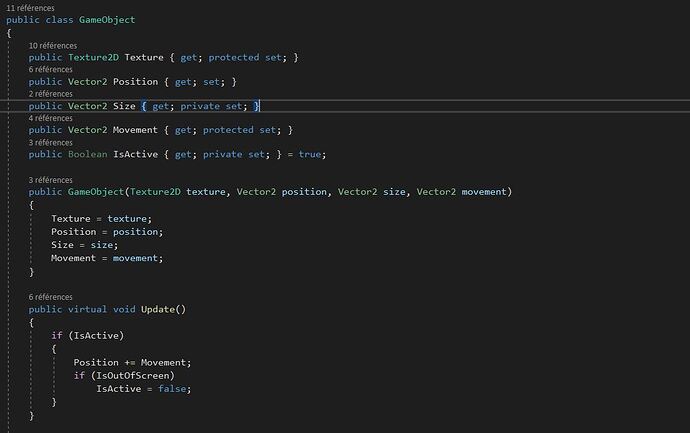 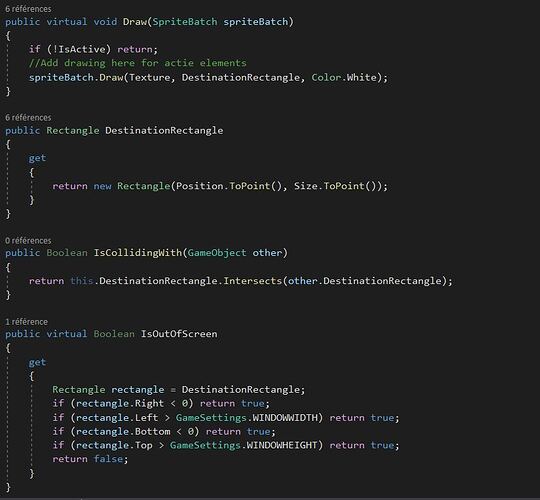 Those steps should be coded and tested individually to make sure they work before building off of that code. Otherwise, troubleshooting becomes cumbersome.

Also, you haven’t mentioned what your game currently does do or ISN’T doing, so that make it difficult for community members to help. You may want to either post some screenshots of the gameplay and describe what is and isn’t happening.

I will also say, community members prefer code copied and pasted, rather than screenshotted. That way it’s easier to read, and also so we can quote sections of your code to answer, like this:

Btw, I just noticed that your movement parameter is set to Vector2.Zero. That might be your problem, unless that represents your current velocity (then nvm).