Quintessential Duels is an alpha prototype of an Android game. It is a collectable card game similar to Triple Triad. Instead of taking place on a 3 by 3 grid it takes place on a 5 by 5 grid. Cards are captured by placing them beside another card. If the adjacent values are higher you capture the card. The player that has the most captured cards at the end of the duel wins. If you have a card left in your hand it counts towards your total. There are other ways to capture cards. If there are two adjacent cards on both of your adjacent match you capture both cards. Similarly if their sums are equal you capture both cards. The captured cards can then combo the adjacent cards for massive effect.

I’m looking for alpha testers to test the game to make sure it works on other people’s machine and that I haven’t really broken anything. I am working on a tutorial on how to play but that is a while away. You can download the alpha from my site. It is a full installer with an uninstaller. 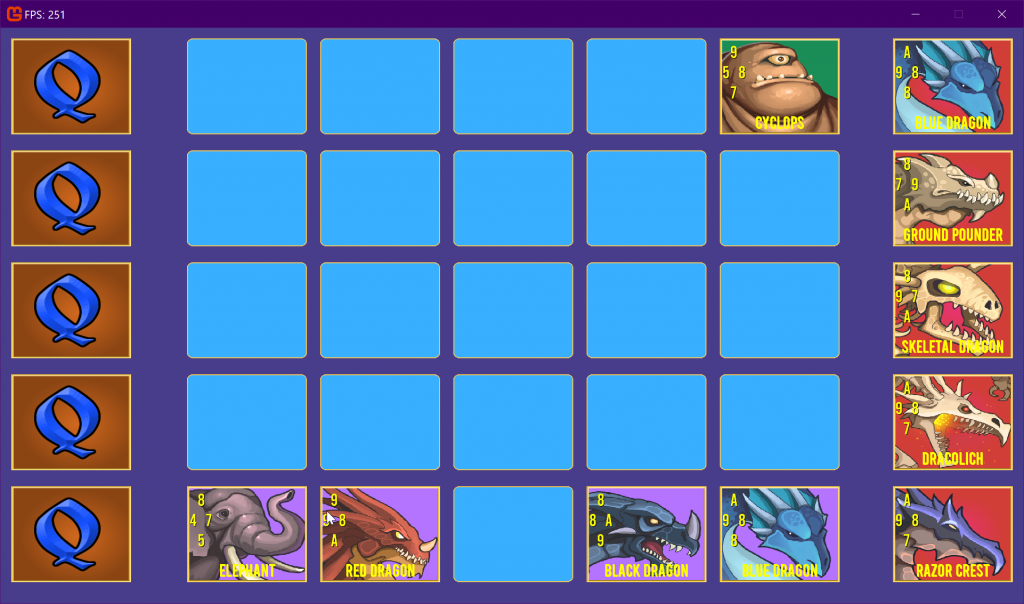 I tried it and it runs without problems on my machine.

Thanks! I appreciate you taking the time to run the test.