Are you still using Windows 7?

Oh, or are you trying to do a live broadcast?

I realised you might be trying to do a live broadcast… not just a capture?

Oh cool, what is this haha

Built-in capture, go to settings to set 60FPS and other settings for audio capture etc… 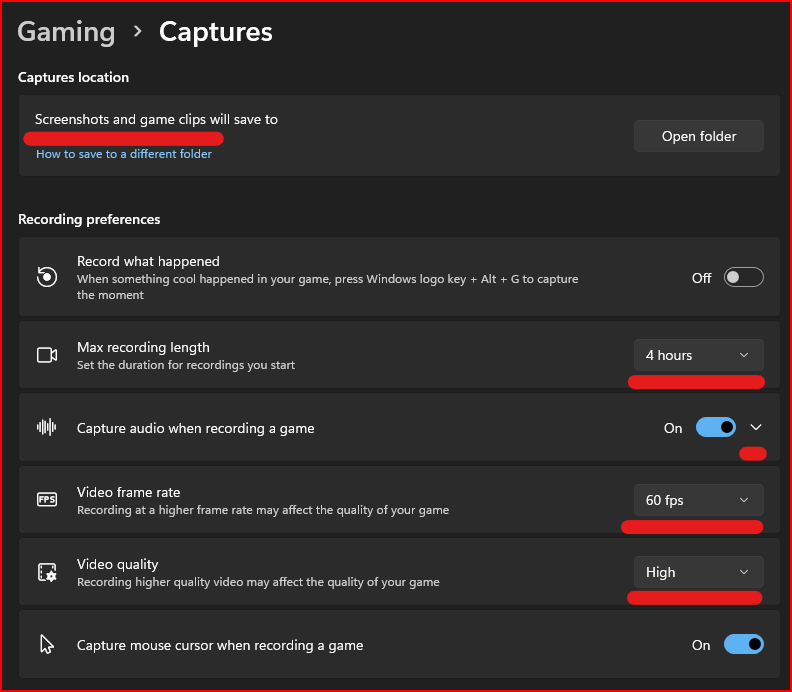 I did a quick test and did set recording quality to high as suggested. But it seems that the quality is not optimal, maybe my machine is not good enough. With OBS I get recordings of size 10x or something but visual quality is pretty good. I am uploading the OBS recording at the moment to YouTube now.

Trying hard to not laugh, what are your system specs?

What resolution did you try capturing in?

I capture pretty decently in UWPDX…

Though if there is a lot going on, such as in my earlier videos, yeah it does suck…

Side note on your showcase post, YouTube compression is a real pain… you got to work around it… a good solution is uploading in 4K…

Cool, try 30fps btw as it states it could help with clarity…

Also just replying so you can post a reply…

I noticed Game bar recording worked on windows 10.only.if you wrap and exe as a wap or a.make a .UWP, so it’s a windows app. But on win 11 i can record a windows console exe with it. But must set the font scale to 100. (on 4k we usually scale is up) or it’s records the wrong size. Also after u upload to YouTube it looks terrible at first…then check back later it might have been compressed and available in higher res.

Here are some screenshots where the same application is captured only when using ÒBS window capture not when using game capture. 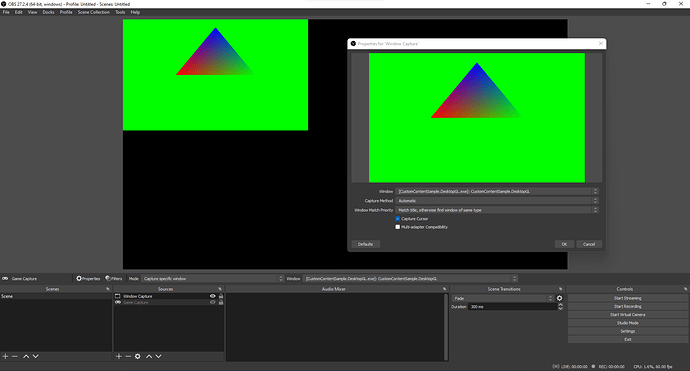 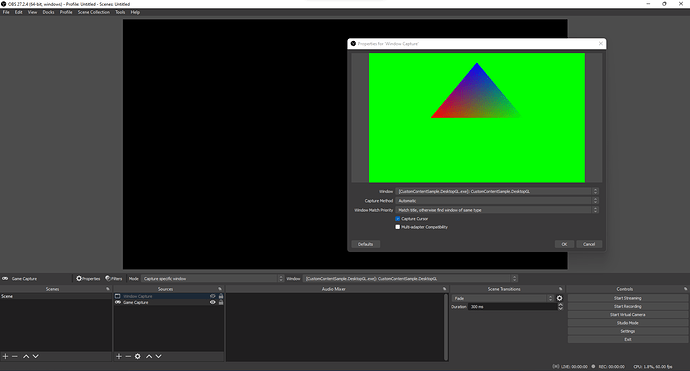 Edit: Ah, I see that your screenshot shows you have. Never mind. I believe the project I tried was a DirectX project, I’ll give a DesktopGL project a try and see if it still works.

Edit again: I tried a project that I knew for sure was a DesktopGL project, and it worked fine with Game Capture as well.

Thanks for testing that. I will check on a different machine when I have time for that. Not that important since “Window Capture” and “Fullscreen Capture” are working but maybe using “Game Capture” has some other advantage like better performance?

I’m not really sure. If there’s an OBS forum somewhere, someone’s probably asked about it. If I had to guess, I would assume there’s little or no performance difference, just differences in options. For instance, in Game Capture mode there’s a checkbox for using SLI/Crossfire that isn’t there in Window Capture.