The game I’m working on have a resolution of 160x144 pixels (like a gameboy one). I’ve been searching how to “zoom” or “scale” the windows (like, x2, x3 or x4) , but I don’t find anything, only how to change the game resolution.

Any clues on how to work with that? Thanks in advance.

You can draw to a small render target first and then render that to the backbuffer in the size you want. You may want to set the sampler state of the graphicsdevice to pointclamp so it doesn’t interpolate when scaling up.

I’ve found this http://stackoverflow.com/questions/7602852/scaling-entire-screen-in-xna (that seems that would serve me), but I don’t understand when to initialize the rendertarget and how to use it.

Sorry for so many questions, but I’m a little lost now.

Sorry can I jump in and ask a very similar topic. I have a 480x280 game that I want to scale 1-4X depending on options.Any help GREATLY appreciated.

I am trying to do this by rt, but currently it seems to be in reverse and my window gets bigger but my game shrinks in half lol. EDIT: since almost got it working.

so screenwidth and height are constant 480x280 and screenScale is a multiplier 1-4x. Changing scale simply makes graphics.prefferedbackbuffer… 480 and 280 * multiplier. This works fine for windowed and my game just doubles in size as you expect, however in full screen it is still stretching to any display. I thought I really had the answer here

To create a render target you should pass in a GraphicsDevice and the size (which in this case would be your native resolution.

By default a GraphicsDevice renders to the backbuffer, but you can change that by using

If you pass null as a render target the GraphicsDevice will render to the backbuffer again. So in your game instance you’ll want to do something like:

_actualScreenRectangle would be a Rectangle like (x: 0, y: 0, width: a * 160, height: a * 144), where a is 1, 2, 3 or whatever scale factor you want.
EDIT: you’ll actually have to set the backbuffer size to the size of this rectangle by using PreferredBackBufferWidth and PreferredBackBufferHeight of your GraphicsDeviceManager. If you don’t do this in your game constructor, but later through settings or what not, you need to call GraphicsDeviceManager.ApplyChanges() for the window to actually resize.

Might be because you’re drawing with the transformMatrix the second time too. Since you already applied it once, you just have to render the texture with spritebatch to the backbuffer without additional transformation.

I have tried with taking that out as well I noticed that.

In your example where you draw to the “_actualScreenRectangle” my understanding is that it should draw the RT to a rectangle of 160x144 or 320x288 and if you then resize the screen, you should still have that 320x288 rectangle and just get blackness beyond it, however the image stretches with it.

I have tried messing with sourc/dest rectangles such as

Is it anything to do with this do you think @Jjagg

The resize behavior on the WindowsDX build is incorrect: The top image is the code under XNA, the middle is the new...

If it is looks like it only just got a fix 5 days ago.

I will get the latest dev build or build it myself and see what goes on.

And yes for the record this is a DirectX project, may test my same code on an GL one too.

The problem was exactly what you described here, so that will probably solve your issue

I wil try it now, but, you are saying that would be better to work with OpenGL instead or DirectX right now?

If you’re not on the latest develop, there’s a bug in DX which will cause the drawing to rescale when the window is resized. I’m not sure if it’s also messed up if you do this through code (with graphicsdevicemanager as I said before).

I can’t believe this (probably) has been my problem for quite some time now, hopefully I can move on and try get a game off the ground and stop worrying about this meta stuff.

That would explain what happened to me yesterday with reescaling (as you can see here http://gamedev.stackexchange.com/questions/124565/there-are-spritebatch-drawing-limitations-on-monogame?noredirect=1#comment218009_124565 )

EDIT: NOPE; I didn’t say nothing. I’ve tried to port it to OpenGL and happens the same issue as I was having in DirectX. I’m going to try the RenderTarget thing. If I have any issue, I will ask again here. Thanks!

Yeah, if you want to render scaled directly you’d have to account for it in everything position related. Just using an intermediary rendertarget is a lot easier IMO

I’m having more problems with the rectangle than anything hahaha.

Because, if it says I need a vector, I can’t assign the “scaling”. What is happening here. 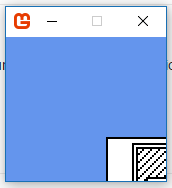 If I do reescaling, I also need to change the PreferredBackBufferWidth/Height to the new resolution? 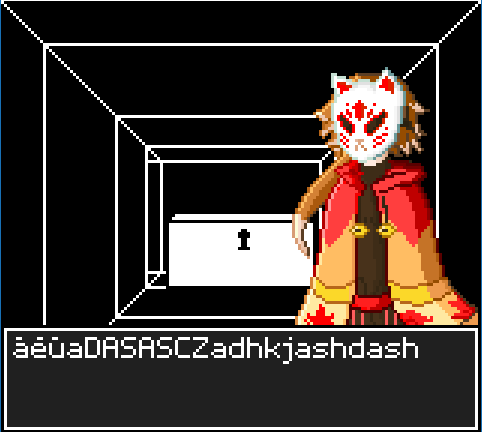 IT WORKS! HAHAHA, thank you all of you! I’ve lost an entire day working on this, and it was really easy.

Haha, thanks again. I only did what Jjagg told me to do. I think this post will help many people like me haha

So are you using windows directx or gl?

I’m using DirectX in this build. And I didn’t need to download the latest dev build, I’m using the last stable release (3.5.1 I think it is?)

Oh but you aren’t resizing your window?

Just drawing to a set render target rectangle size and scaling it up or down.