Unable to play Video - SetDisplay for MediaPlayer does not Work

I am having a huge problem with the Android VideoPlayer in the sense that I cannot get the video to play in my Monogame project.

Debugging the issue came down to the fact that when calling “SetDisplay” on the Android.Media.MediaPlayer object I receive in an error (shown here as debug output)

Here’s the play sequence as debugged step by step in the Android Monogame Framework:

The player is successfully created.

All OK here as well.

This is where the problem is:

I have checked all the objects in the SetDisplay’s arguments and all objects exist and are initialized correctly.

In particular, the Holder object which is a Android.Views.ISurfaceHolder represents a drawing surface with the following characteristics: 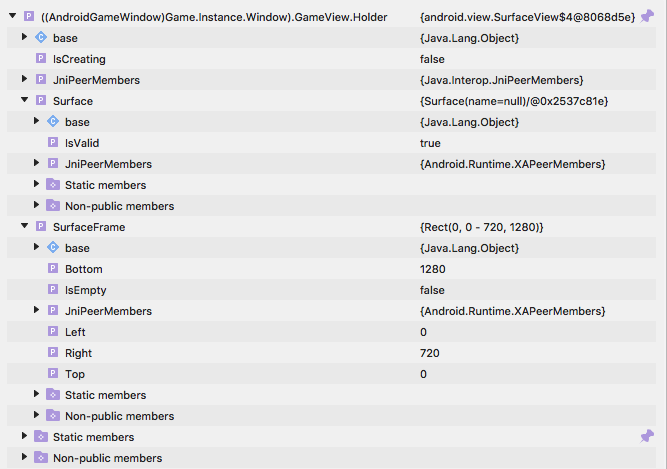 Also, the Surface is created as follows:

and confirmed to be created successfully by this message:

Of course that when I try to invoke the “Start” function, I get an error and no video is being played.

However, if I do “SetDisplay(null);” instead of supplying my surface, I do get to hear the soundtrack of the video (which is normal.)

Here are some things that I have tried so far:

… and probably some more that I forgot about.

Anyway, it is imperative for me to get the video working as it is an essential part of my project.

Please note that on iOS I do not have any problems; only the Android portion is giving me the issues mentioned in this post.

Any ideas will be very appreciated,