Any 3D physic engine for Monogame ?

I am searching for a physic engine for a 3D project but I don’t find something.

If someone know a good physic engine tell me plz.

If I may suggest our own physics engine for XNA and MonoGame:
DigitalRune Physics (Closed source, commercial. Free licenses for non-commercial use.)

I have used Bepu Physics (3D) and Farseer (based on Box2D) before with great success.

BEPUPhysics is just a pile of C# code really, there is little dependency on anything so it works with everything.

It is really great, give it a go.

UI’ve just tried it in my test engine and the implementation didn’t take long, I just had to write a short bit to translate bepu.matrix to monogame.matrix et voila (plus assign 3d geometry to the physics proxies). In a real implementation i would try to make Bepu use the monogame one from the get-go, but there needs to be some extension of functionality.

EDIT: That said - spawning 1000 balls that fall on each other will bring the system down to it’s knees once they are all on the ground. Balls/Spheres are by far the easiest to compute, so I’m not sure about performance, further testing is needed. It’s 1000 entities that test against each other, if all were to move, but with an octree system this would be manageable. Interesting regardless

There is a new version using MonoGame 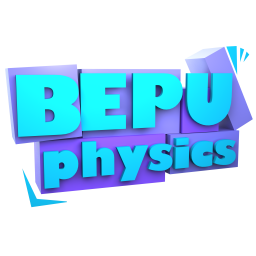