Bug in MGCB when building shaders?

I’ve noticed when I try to build certain shaders, especially ones originally made for XNA 4.0, that MGCB will often not give me any errors but still fail to build the file. I’m not sure if this is a bug or what. See the attached screenshot. I get some vector warnings but no actual errors. Yet the build fails. 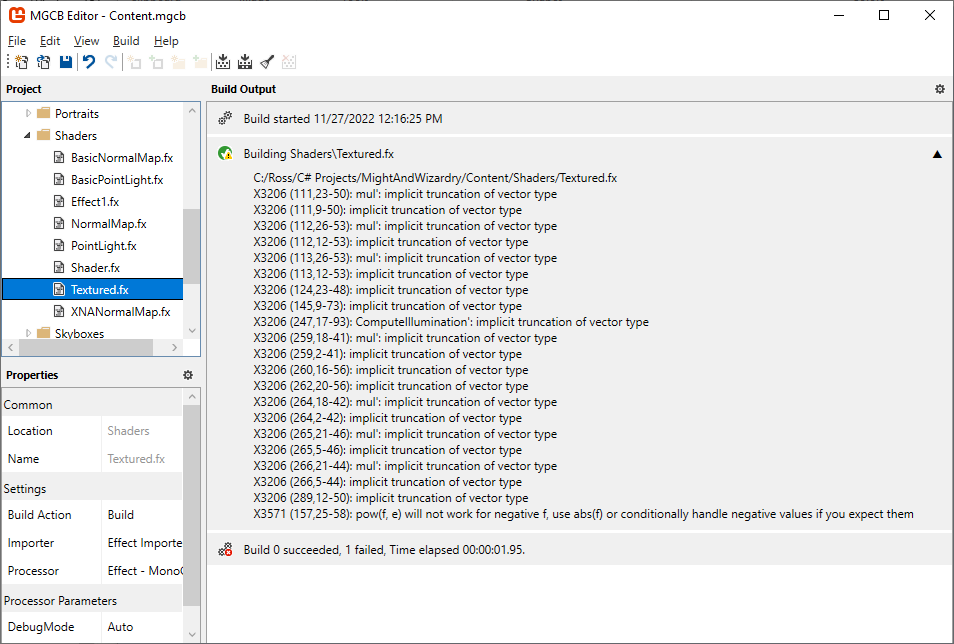 I figured out what is going on, but I still think this is an MGCB bug - at least in terms of the way it is reported in the editor. Basically there is an error called “Shader has corrupt CTAB data” which will appear in the build log after you fix all the warnings (when building for OpenGL). The CTAB error can be fixed by replacing structs with sets of individual variables. After that, some of the vector warnings seem to go away too, and the file builds just fine. But, MGCB should be reporting the CTAB error along with / in place of the warnings. And it would be really nice if it actually described what the error was caused by (in my case, the structs) instead of simply reporting the CTAB error, although that looks like a MojoShader compiler thing.