I am currently trying to create a small prototype-system with realish memory.
Currently I am working on displaying the bytes set in the virtual system memory and it works fine… I guess but I am not very proud of the solution and to be honest, I feel like I should switch to a faster language and another Framework, like sfml or sdl.

I have done research on xna and monogame and ways to optimize the process of updating the actual data of the Texture2D.

At first I was just using SetData on a 128x128 Texture2D, in the Update and simply rendered it with the SpriteBatch.

Next thing I came across was to call the SetData in a Task or a Thread. And my own idea was to only update the Texture2D if the Memory actually changed.

With all that in place I still feel very unsatisfied about the performance. It is not that baad ig but I feel like I am missing something and I also want to imporve the memory usage and I guess for that to work I have to implement my own Texture2D class which seems kinda overkill to me tho.

The reason I started this project is because I wanted to learn about Span<>, lol

Code can be founs here: GitHub - SameplayerDE/Lega
The project I am talking about is 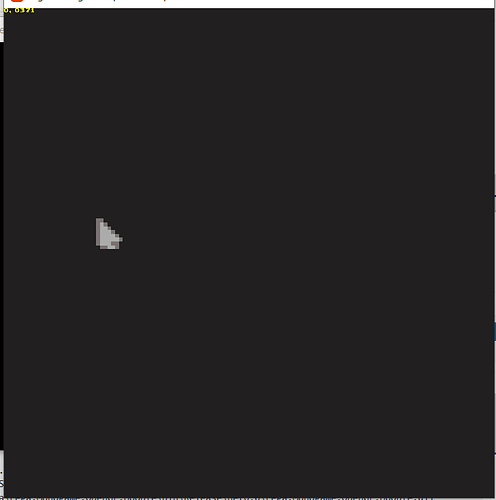 With all that in place I still feel very unsatisfied about the performance.

The most obvious optimization would be to reduce the number of bits you upload.
If every pixel is 2 bit only, but you are updating a texture where every pixel is 32 bit (as is the case with standard color textures) then there is a big waste here.

You can change to a single channel texture format. I think you can’t go lower than 8 bit per pixel, so that would still be wasteful. You should pack the pixels more tightly: four 2-bit pixels fit into one 8-bit channel. You then unpack the pixels in a custom shader.

At quick glance it seems he is using task to setData to texture literally PIXEL BY PIXEL. This needs to be rebuild from scratch. As Markus said, 128x128 texture update is trivial, cheap operation, we can push way, way more data from CPU → GPU each frame even on nowdays ancient machines. 16384 subresource updates/buffer mappings is not.

In given context I would greatly advice against writing custom texture class and revisit usage of existing functionality. Also there is no point in trying to multithread this part of the process.

This is how how currently handly converting 2 bits into an array of colors.
But I think Markus hat a very gut idea.

I wll try to look into the shader thingy, tho I dont really know how to convert my costum 2 bit pixels to 8 bit pixels in a shader.

What do I actually pass to the shader? Like a custome IVertexType, because I cant just pass the array. This would throw an shader build error, ig

Drawsprite(), SetPixel(), Poke() would set pixel by pixel. Bit hard to navigate that repo as there are multiple versions of everything. At this amount of data it really aint throughput bottleneck.

This is to set the memory of the virtual system. I am simulating the system memory with this. 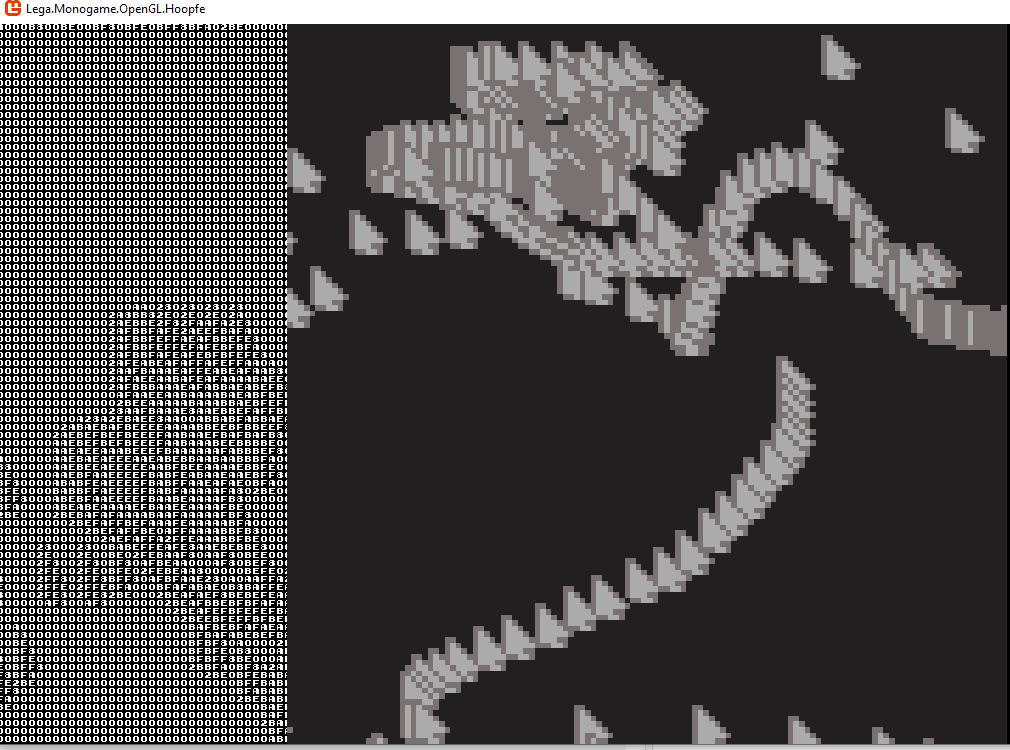 I am just saying, make sure you are not using this from your repo:

As this ultimately ends up calling function that calls Setdata actually 4times fo each pixel. I didn’t verified if this code is actually used, I’ve just noticed it is in there.

oh lol, I see. okay, imma fix this real quick. You mean because poke is called for each setPixel and therefore the event is invokes 4 times… I see. okay wait

Okay, I fixed the issue with the 4 times calling. I left the Task calling the setData in and checked the memory and performance with dot Memory and dot Trace. 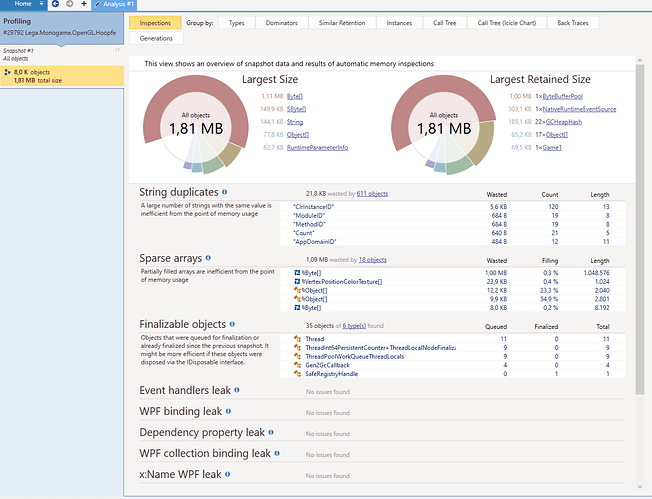 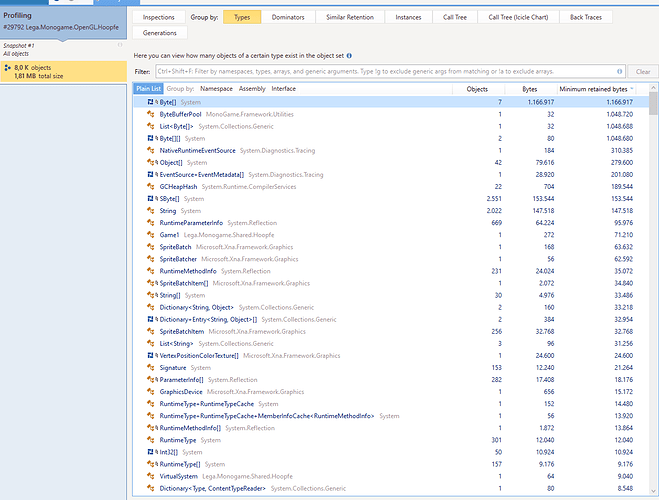 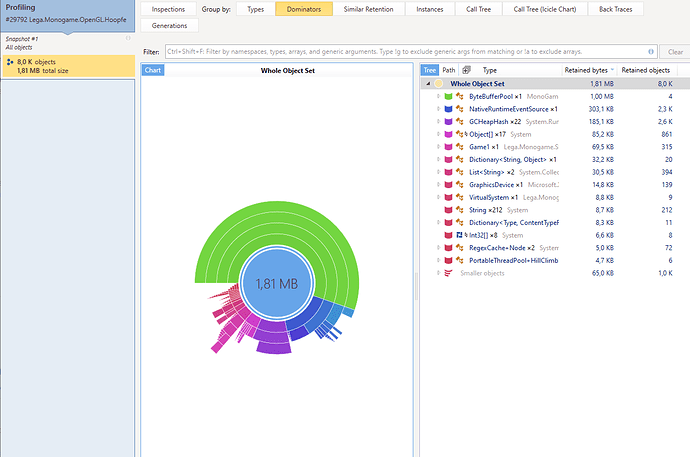 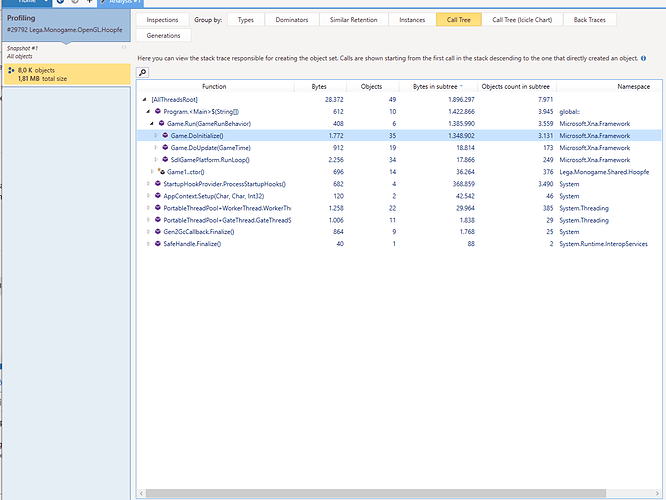 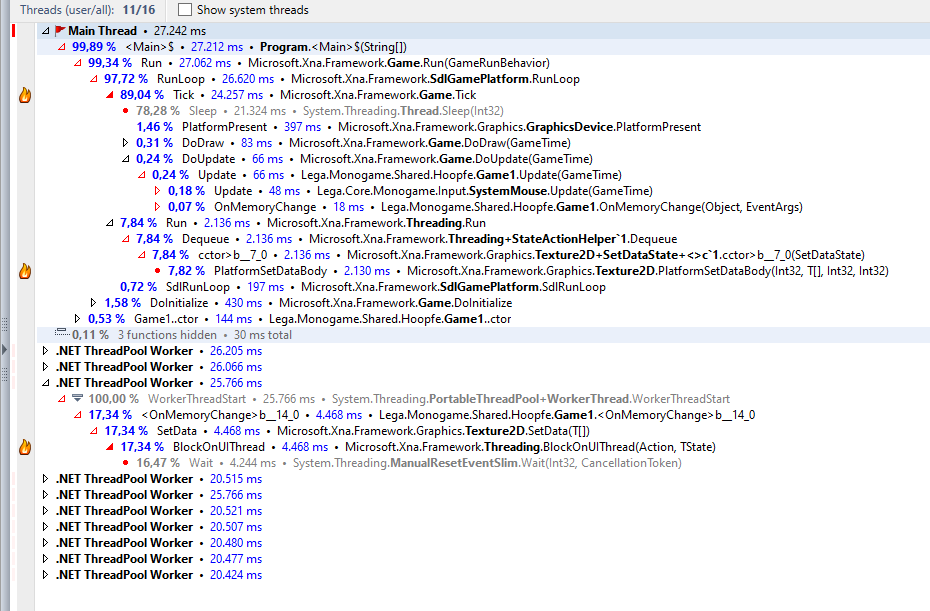 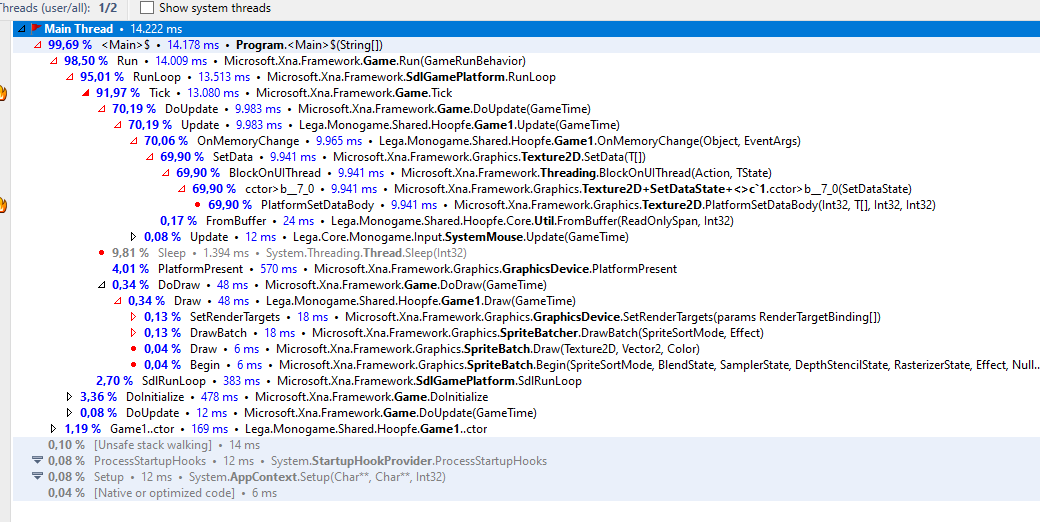 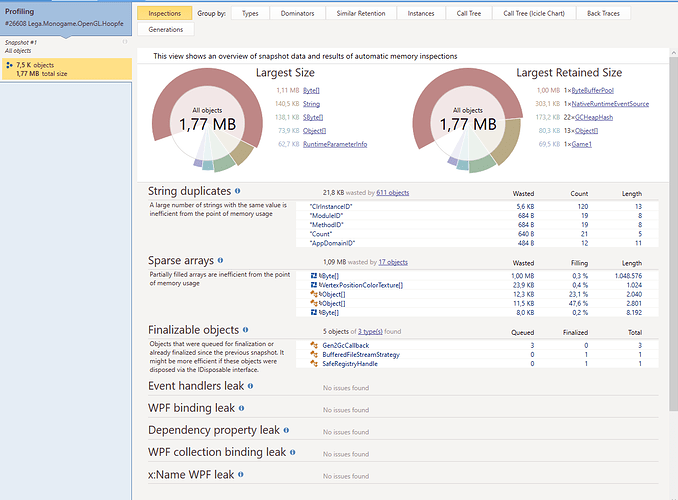 One Update call takes aroung 0.7 milliseconds without calling SetData in a Task.

But I still feel like I can somehow improve the performance

When memory changed I invoked a MemoryChange event.
I was not planning on using this event to call SetData tbh, but I think sleepy me just did that.

SetPixel Invokes the event once… so There was a big problemo, xD.

But… Funny… It did not change the update time. Maybe because I was calling setData in a task.

Now I am using the original plan. When memory in the displaymemory range is changing I queue a displayCommand struct.

When I call VirtualSystem.Instance.Apply().
I check if there is something in the queue and then invoke a displaymemory change event which then calls setdata.

Yeah it runs smooth but I still feel like, I am doing something wrong, idk. Maybe I am just overthinking it.

So are you still calling SetData multiple times per frame? You should SetData only once.

It did not change the update time. Maybe because I was calling setData in a task.

Nein, currently I am calling it once per frame.

Your profiling data shows that every frame 9.9 ms are spent in PlatformSetDataBody().
That’s a lot, are you sure SetData is called once per frame? Can you verify that by setting a breakpoint in your update function and a breakpoint on SetData?

Yes, it is called once per frame. I just checked.

Why would 9.9 ms be spent on a single SetData call? That doesn’t make any sense. Perhaps you are calling SetData from multiple places in your code?

I am just using it once in Game1.
I will look into it and try to find the reason for this.

The CPU cant be the problem because it is not that bad.

But I also think that 9.9 ms is too much for a SetData.

SetData will send all Data over the PCI Bus to the GPU - this can potentially force a lot of things into wait state as a consequence.

If you render to a texture and use that texture instead - the texture is already on the GPU, therefore you see a time benefit, as there is no transfer

But I also think that 9.9 ms is too much for a SetData.

See in you trace log that SetData is spending 4.4ms in BlockOnUIThread.
Essentially doing nothing but waiting for the main thread to finish the current
game loop (Update/Draw/Present).
Then at the end of the frame it takes additional 2.1ms in StateActionHelper.
That’s when it finally sets the data on the texture.

You best course of action is to switch to the DirectX platform.
or you could do you own sync and call SetData from the main thread.