Hi was trying to make a map with triangles having only one color (image of the effect I want at the end of the post).
I decided to use to use indices to not use a lot of vertices, so I need the triangles to not interpolate the colors in the shader to have flat colors for each triangles.
So I found that in HLSL I can use the nointerpolation syntax on the color at the vertex shader output to create that effect. The problem is it looks like to be ignored because the color is still being interpolated.

Someone on the discord suggest that was because I use monogame cross platform with opengl and the translation between HLSL and GLSL opengl projects are “not fit for advanced rendering and shaders”. Wich is really weird because OpenGL as the “flat” keyword to not interpolate values between the vertex and pixel shader.

So my question: is it really a monogame limitation, or there is something I didn’t saw?

Here is my shader code: 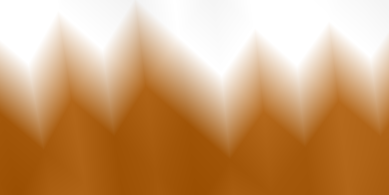 And here is the effect I want 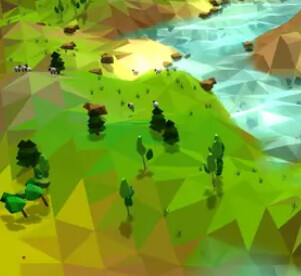 You would likely have to stick to WindowsDX for this to work as intended. Or rework your shader/pipeline to workaround that.

Called it… also as I’ve mentioned you can grab Compute fork which is using shaderconductor and it should work just fine (as most of the SM4.0 - 5.0 features).

Replacing mojoshader at some point indeed is the way to go.