I’ve been working on a deferring rendering approach for my game and (originally an XNA project) and I’ve got it all working nicely now but I wanted to add support for soft particles (for some nice rolling fog etc).

My old billboarding system worked ok with forward rendering so I thought I could just modify that shader so it spits out its color/depth/normal to the relevant render target. That seemed wrong since I need to sample the depthmap to make my particles soft. That means I need to do it in a forward rendering pass after everything else (I think).

So what I’m doing is:

So that’s the theory hopefully. I just don’t understand how to get the depth of my particle (since they don’t have a worldmatrix like model) or how to read the correct pixel from my depth map.

Here’s a screen shot of the problem, I just used grass rather than smoke to make the problem really obvious.
You can see my render targets along the top: Color, Normal, Lightmap, DepthMap, ShadowMap 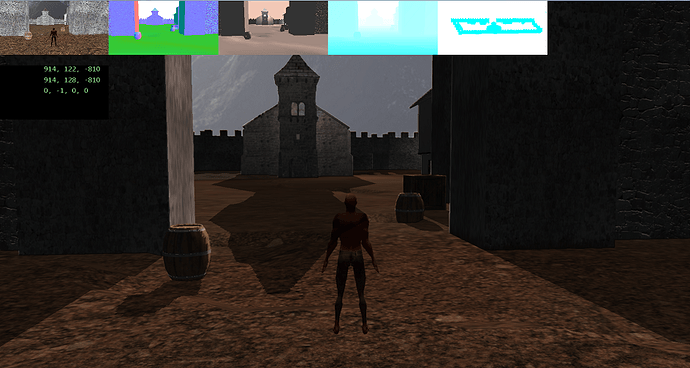 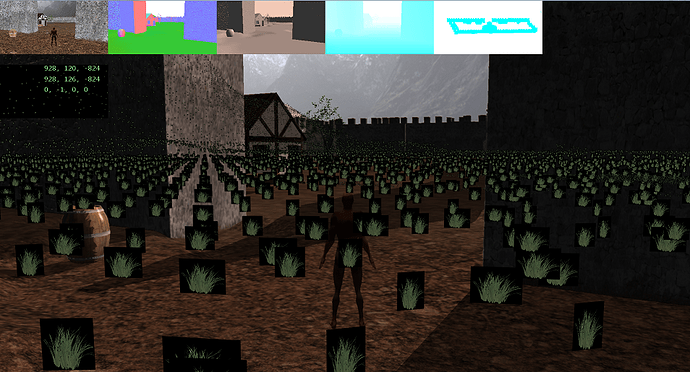