[SOLVED] Problem with alpha blending when drawing sprites from RenderTarget2D

Hello, I’m new here and hopefully I’m not posting this in the wrong place.

I have been working on a ‘small’ pet project that started in the days of XNA 3. I put it on Ice when MS killed XNA and finally I was able to get it working again with MonoGame. It started out as a web application, a browser game if you like and slowly evolved into a client program, based on XNA, that connects to the server over web services. A homebrew 3D engine renders and animates scenes in the background and a (also homebrew) UI provides the actual gameplay. Sure beats motionless webpages. Here is a recent screenshot: 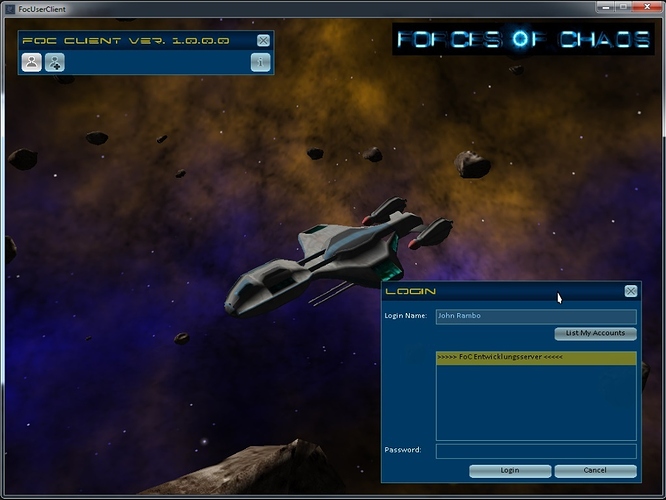 The UI inherited a problem from its XNA 3 origins: Rendering spritefonts was changed from nonpremultiplied to premultiplied. The settings remained the same when I ported everything to XNA 4, so rendering text still worked well without changes.

Now, with MonoGame, I can’t set the spritefonts to be prepared nonpremultiplied anymore. I had to set the BlendState to BlendState.AlphaBlend when drawing the UI, like this:

With this change the text looked fine again, but a new problem has appeared, which I could not yet fix. The controls of the UI are drawn in two stages. When property changes in a control demand it to be redrawn, the new appearance is rendered into a RenderTarget2D object. then, when a frame is rendered, the rendering thread simply walks through the control tree of the UI and draws the texture from each control, also with a SpriteBatch set to BlendState.AlphaBlend.

The background of the RenderTarget2D objects is set by the following line. When drawing nonpremultiplied, this worked perfectly.

Can’t you just make a custom blend state, and look up what parameters were used in the XNA blendstates?

Just coming home fom work. Thanks for yor reply. The link indeed is relevant. I have quickly tried the Color * Alpha formula described there and got plain white as a result.

I’m going to follow the link and look at the math behind that. Since I’m rendering into the bitmap that is supposed to have premultiplied colors, I will probably have to think in the reverse. Something like Color * (255 - Alpha).

Luckily there is little redundancy in my classes, so there is only one method that needs to be changed and everything should be well again.

Edit:
It works now! My guess was very close. It turned out that the backround color had to be calculated this way:

The transparent backgrounds of the controls now are rendered as before without AlphaBlend. The problem may return in other drawing functions, but now I know what to do about it.

Thanks for pointing me in the right direction. Is there a way to mark this question as solved?