Then I wanted to draw a siple FPS counter text - and realized that the font also get scaled to x4.

as far as I know it is considered bad practice to call multiple _spriteBatch.Begin() in the same Draw method

No, that’s fine. Reducing the number of batches can improve performance, but a couple of batches per frame are not going to hurt you.

If you really want to combine it into a single batch, you can remove the transform, and scale the sprites individually. Just multiply the position and size by 4 when you draw them.

Yep, and remember to call the text last.

I wanted to add, you can use the same SpriteBatch in-series to get interesting effects such as below: 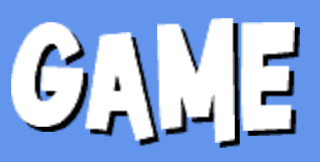 Thanks. Could it be the same spriteBatch instance or should it be a seperate. Or perhaps it doesnt matter?

Works fine for me…

Aye, I know it works fine

Just wondering if theres any drawbacks / profit in doing it one way over the other. Perhaps seems like trivial question, but better to learn to do things right for the long run =P