Another post for my lovely Patrons, this time we look at serailization, how we make it plug and play, and a bit of TDD for the MonoGame engine I am writing.

My third Patreon tutorial for the MonoGame engine I am writing, in this I cover asset managemet at runtime and “primitive” texture generation. Code is not engine specific and could be used in any MonoGame project you have. 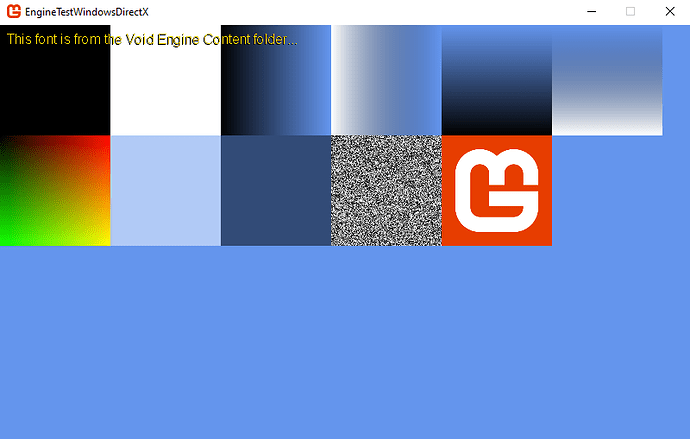 I am on fire today! 4th Tutorial on Engine development using MonoGame, this time we look at the Service model and Input management, Keyboard, mouse, gamepad, touch screens and more…

I think my next Patreon tutorial will cover the fire sample I wrote for MonoGame, this will come under the Tutorial Access Light tier.

Become a patron of Charles Humphrey today: Read NaN posts by Charles Humphrey and get access to exclusive content and experiences on the world’s largest membership platform for artists and creators. 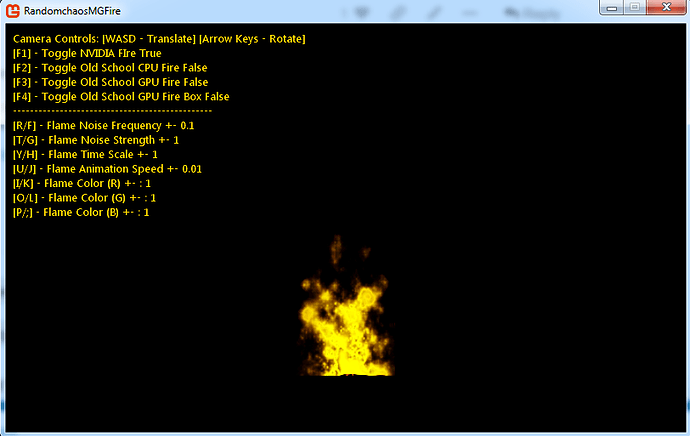 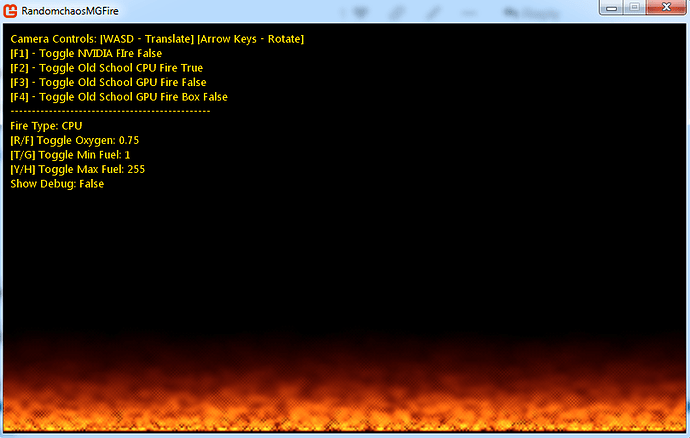 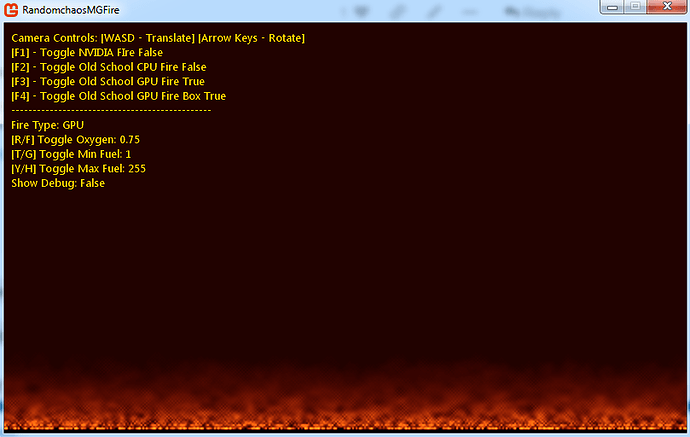 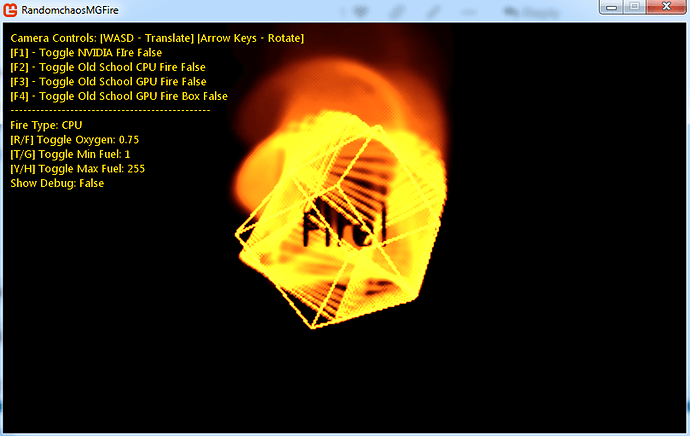 This post is taking long than I thought, partly due to it being on a few techniques, but also down to me playing about with the paramter and having too much fun lol

I think I have found a better runtime flame palet too, what do you think? 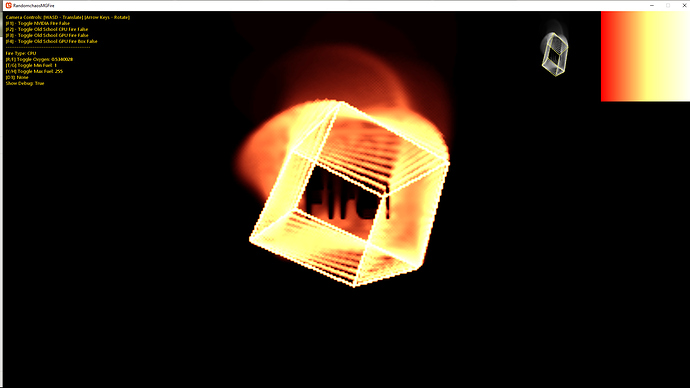 Also did a quick namated tweet of it too, as this forum does not seem to let me add them here

Finally, got round to recording the visuals to this Patreon post

Hope you find it useful, I like all the fire techniques in here, and now thinking of doing a PoC level using one lol

Starting work on the fifth engine creation tutorial using MonoGame, covering a fair bit in this one, it may look basic from the screen shot, but there is a lot going on under the hood 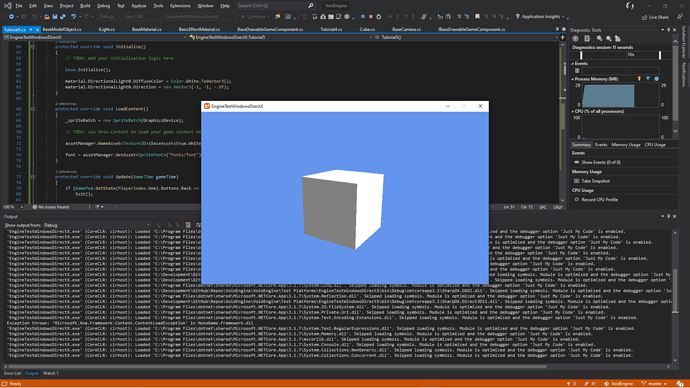 Still working on this turorial post, now able to render as many cameras as we want (remember, it’s a re render of the scene for each camera), this is 2 cameras. 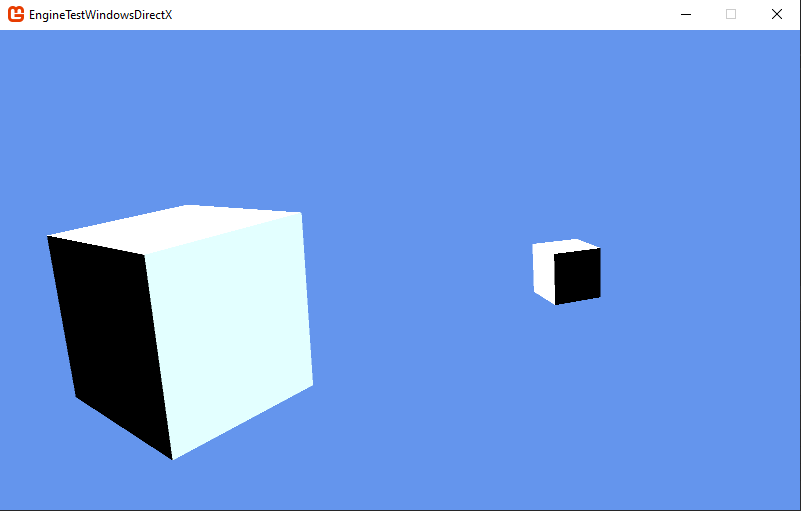 So, if you have spotted this post on here, it looks like I may need to re think how the engine renders mesh’s due to possible changes to the MG engine post 3.8. So, that’s what I have been working on, means that the next engine desing post is going to be late, but better to get this stuff done now than have to worry about it later. 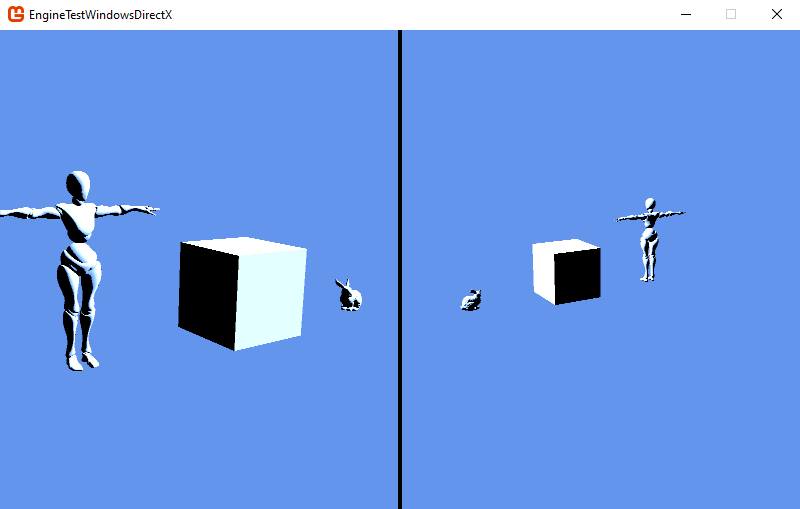 image800×509 13.4 KB
So, using the same render function I am rendering a cube, generated at runtime as well as the two models you see here. The goal here is to try and not have lots of functios doing pretty much the same job which is pushing verts to the GPU

OK, so, this next Patreon post regarding my Engine written with MonoGame is not going to be about Game Components, BaseModel, Cameras & Materials, as I intended, but how I have had to write a new custom content pipeline processor, works nice now though

Check out my tweet showing the Miamo mesh and animation.

Finally, got round to publishing to my lovely Patrons the 5th tutorial post on my MonoGame engine development, this time covering the custom content pipeline I have written. 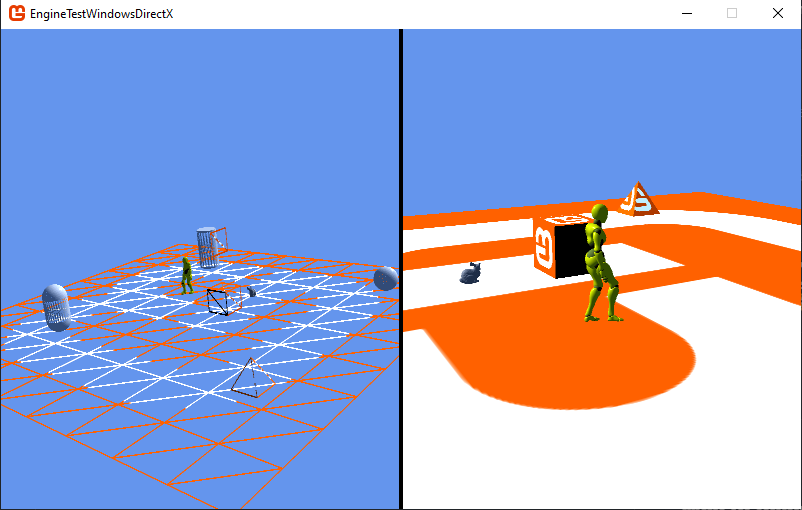 Nice that you got 3D animation working. Is it possible to have custom shaders with the animated model? What format of animation did you use? As far as I know mixamo gives you FBX models and animations right?

Yes, in my old XNA engine, I have a custom shader for skinned mesh’s, they supported both skinned instancing and deferred lighting, and I intend to create the same thing within my new MG engine.

Mixamo you can donwload the FBX mesh (T model pose), FBX mesh with skin. I am going to set up my processor so that I can have it extract just the animation data from the fbx, I can then build a set of animation clips that can be put into a blend tree.

The animation code is based on the old XNA Skinned mesh example, so I guess it’s keyframe animation. 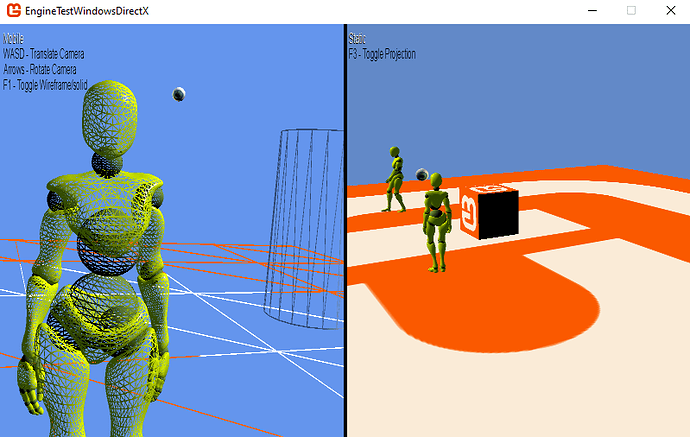 image799×507 103 KB
I am hoping to do my post on the engine components, cameras and material system this weekend, got the post all written up, just needs me to spell check it and record the video bit showing off what we can now do with the engine

Recorded and posted my 6 tutorial post on writing a game engine withe MonoGame. This is probably the biggest post so far with a short video showing the final render.

Hope you find it useful.

Still not perfect, but I think I am getting animation blending working in my game engine written with MonoGame

Going from “Idle” to “Walking” then “Running” and back to “Idle”
As ever, the forum won’t let me post the gif, so here is a tweet I did with it in. 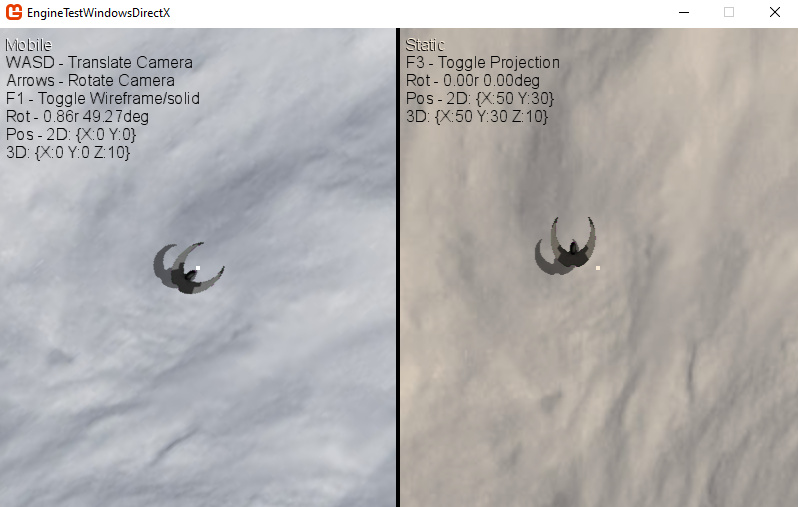 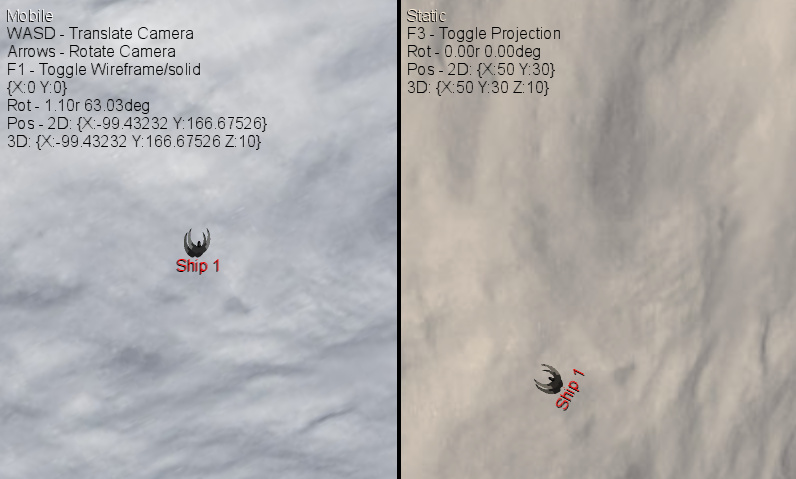 Sprite animation and render is well under way now, lost to tidy up yet for the MonoGame engine Patreon post, but getting there. Created a key frame system similar to the skinned mesh animator. Might add to the extended content pipeline to import sprite sheet animations. You could have multiple animation clips for multiple sprites too. 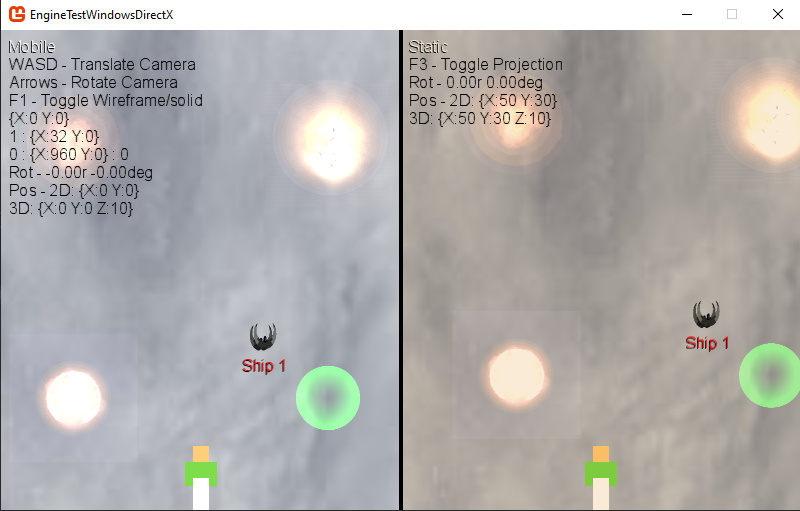