I’m working on a loading screen and menu system right now. I am having some issues with the loading screen part, I used GraphicsGale to create the Orb, basically when play is pushed the Orb will bounce left and right on the screen. The problem I’m having is clear, the white box is still around the image, in GraphicsGale itself I set the transparent color and everything I don’t really get what’s wrong. 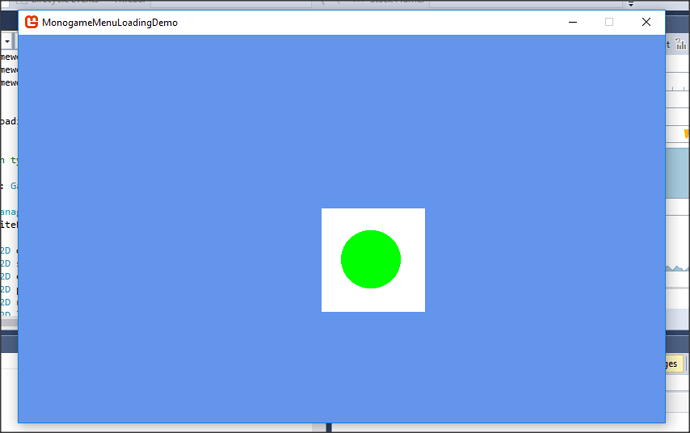 What settings do you have in the Pipeline Tool for the image?

For example:
I have a lock PNG file that uses transparency with the following settings in the Pipeline Tool: 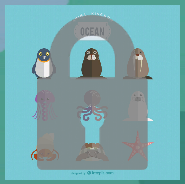 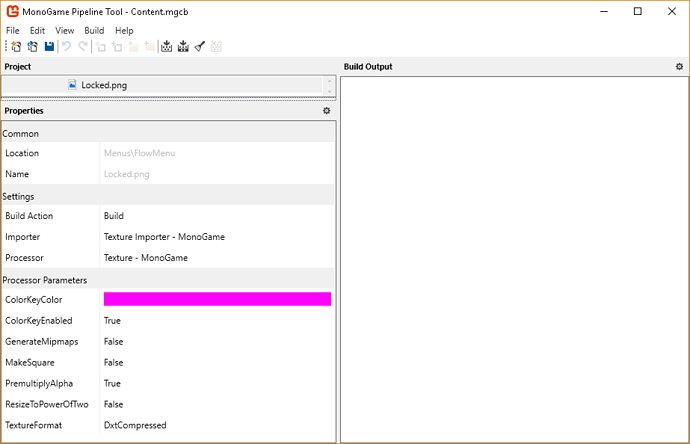 I have the same settings yet the white box remains. 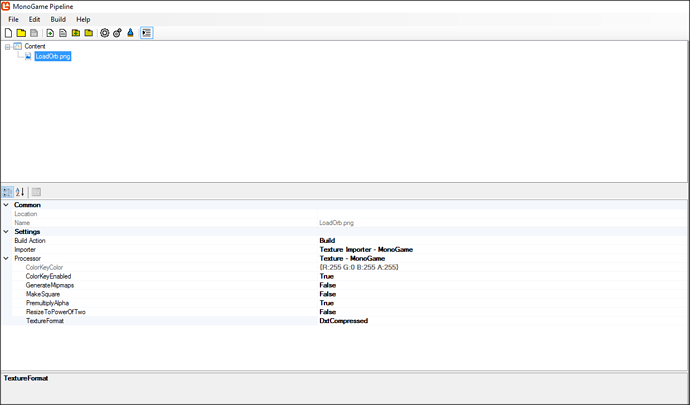 Like this. Sorry for the long delays between replies, it’s been hectic the past couple days, I haven’t even had a chance to sit down and look at it on my own.

Did you try painting the white in magenta with an image software? Are you trying to use alpha channel to make this transparent?

Your .png probably does not have an alpha channel. Can you verify by opening the file using other software (GIMP or something)? How are you exporting the image? There’s some information regarding transparency in the GraphicsGale FAQ: https://graphicsgale.com/us/faq.html#faq01

You could also set the ‘ColorKeyColor’ parameter to white to make the background of your image transparent.

I feel rather foolish now, I reopened the image in GraphicsGale and painted the white with magenta. Now the box has disappeared.